The Walking Dead 802 “The Damned” Recap

Another week means another new episode of The Walking Dead. Rick’s war with Negan is heating up, and I am going to break down the episode and supply my thoughts. For my spoiler-free thoughts, take a look at the next section.

The majority of this episode takes place over a very short period of time. Rick’s (Andrew Lincoln) forces are assaulting a  Saviors’ weapon supply depot. We get a few artsy shots of the main characters, which honestly drag on way too long. After this slow intro, though, the action doesn’t let up for the rest of the show. 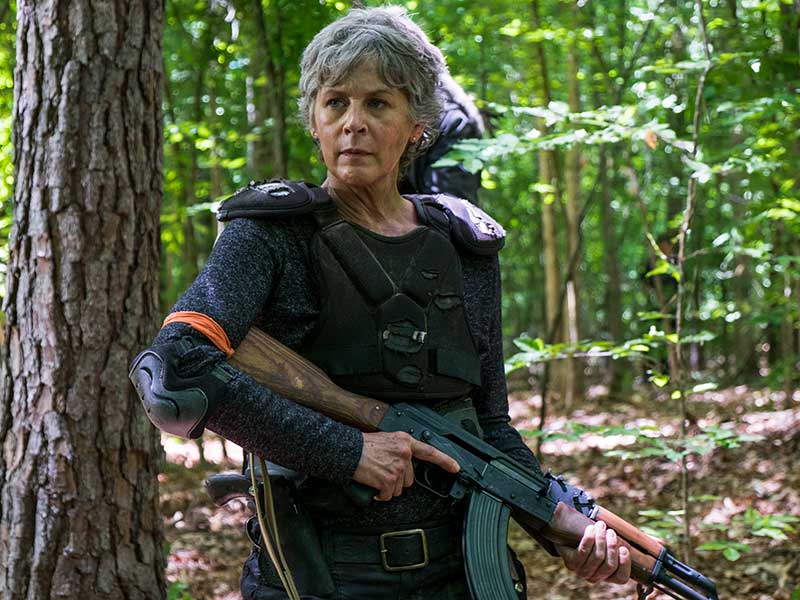 The episode takes place in one major location, but cut between three different groups. Rick and Daryl (Norman Reedus) are infiltrating and searching the Savior outpost, Aaron (Ross Marquand) and company are assaulting the maintenence area of the depot, keeping a lot of saviors busy. Meanwhile, Ezekiel (Khary Payton) and Carol (Melissa McBride) are tracking a spy who has found them. Another group, including Morgan (Lennie James) is assaulting the inside parts of the base. This is the only group in the show to sustain a loss of life during the assault.

The outisde assault group holds the fight for the duration of the show, with Aaron’s boyfriend, Eric (Jordan Woods-Robinson), taking a bullet to the torso towards the end. This scene ends after a lot of Saviors get shot and a few of Rick’s army gets shot.

Carol and Ezekiel succeed in tracking their spy. Towards the end of the episode, Shiva, Ezekiel’s pet tiger, signals the arrival of Ezekiel’s other forces. Throughout the episode, Ezekiel is a sharp contrast to Carol. Ezekiel is laid back and optimistic, while Carol is sure that things can and will go wrong.

After Morgan’s contingent sustains losses, he suffers a break and begins to shoot all Saviors without mercy. He is brought back to earth when Jesus (Tom Payne) tells Morgan that the assembled group of Saviors had already surrendered.

Rick’s plot takes the longest to pay off, but has the biggest payoff. During the search, he comes across a sleeping baby in a crib. He becomes conflicted and leaves the room. A long forgotten face shows up. Morales (Juan Gabriel Pareja), from season one is working with the Saviors. The episode ends with Morales holding Rick at gunpoint, telling him that the Saviors are convening on the site. 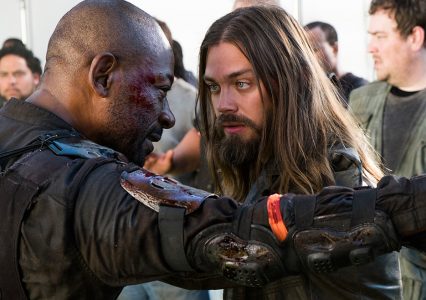 This episode will please a lot of poeple who like the action packed episodes of the show. The trade off is that there are very few heavy character moments.

The plot continues to progress steadily as the full season comes into focus. As it stands, we have no idea where a few plot threads from 801 went, and truthfullty, I have no idea where the rest of the season will go. If your favorite episodes are the ones where there is tension and dialogue, 802 will likely disapoint. If you like shooting and death, this one may be for you.

Either way, the show continues to develop, and if the rollercoaster of the first two episodes is any indication, the rest of the season will be a treat.

Erich was introduced to gaming by his grandfather before he could walk. Since then, he has grown up loving Nintendo and most games in general. He couples his love of videogames with journalism to cover news, provide reviews and tell it how it is in the gaming world.
Previous November Games With Gold: Trackmania, Tales From The Borderlands, NiGHTS into dreams, And More
Next Destiny 2 – Expansion I: Curse of Osiris Reveal