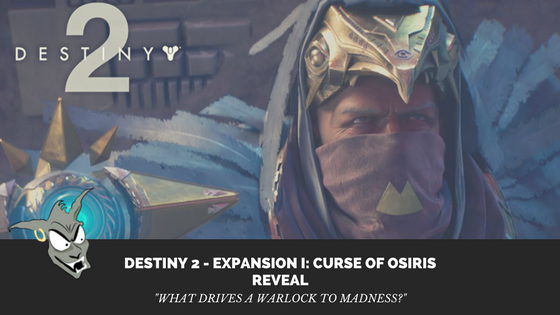 Destiny 2’s next expansion is here, and it is featuring one of Destiny’s most mysterious characters who has finally been revealed after the first mentioning of him back during House of Wolves DLC. Osiris!

“Destiny 2 Expansion I: Curse of Osiris continues your Guardian’s journey with all-new story missions and adventures set in a new destination, Mercury,” as stated in the description of the (Destiny 2 – Expansion I: Curse of Osiris Reveal Trailer). “Journey through time and space to learn the secrets of Osiris, avert a dark future, and rebuild the ties between the legendary Warlock and his greatest student – Ikora Rey.”

Within the new expansion, Bungie will let us “Explore Mercury, and it is mysterious “Infinite Forest,” new story missions and adventures, new themed weapons, armor, and gear to earn, new cooperative activities, new competitive multiplayer arena, and more,” as mentioned on www.destinythegame.com

“What drives a Warlock to madness,” mentioned in Destiny’s Grimoire card (Osiris). “I watched as you grew tired of strike missions and the grueling, unproductive sessions with the Cryptarchs. That was when I took you under my wing. I saw our future in you. But your curiosity was voracious— How much of a Guardian’s personality and memories were true? How much had been fabricated by their Ghost? Did Guardians share particular personality traits— a willingness to yield to authority, a tendency to do anything anyone asked for the promise of uncertain reward, a blind knight-errant mentality? Had the Traveler manufactured all of you as living weapons?”

With armor, weapons, and other gear to earn (Ie. Ships, Ghost, etc.) Bungie will be providing constant updates within what they call “seasons.”

Taken from a Kotaku article (Bungie Explains How Destiny 2 ‘Seasons’ Will Work):

We are currently in season one of the four seasons that are happing this year of Destiny 2, meaning that Destiny 2 resets its yearly calendar in September.

Seasons will also reset your Clan progress, so everyone starts from zero. Currently, must of the more prominent clan groups are hanging around at rank six for a while now. Clan’s will be getting better loot as the seasons go on; If you do not have a clan now make your own here.

As the Seasons change from fall to winter and so forth Bungie will be dropping more substantial tweaks to the overall game. That usually relates to weapon balance and expansions like the “Curse of Osiris.” Think more significant changes to the overall meta but also smaller changes coming during the seasons as needed.

With these new seasons, they are also adding ornaments which are new to Destiny 2 but not Destiny. In the original Destiny, they would go on armor and make them pop, glow, or just otherwise look better than its original armor. How to get these ornaments is different though, you’ll have to complete a challenge the gear itself to unlock them.

Below is some concept art of what the Faction ornaments look like: 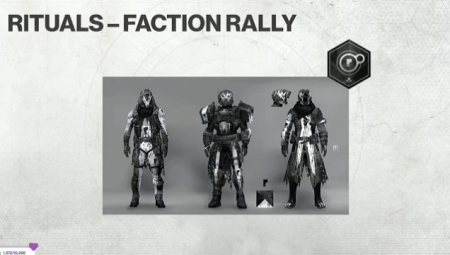 Weapons will also change form season to season. Some weopnes will be kinetic and some weapons will be energy but then they will switch one season. For intense if the new monarchy is selling a gun and its kinetic this seasons, it’s possible that next season it will be energy. 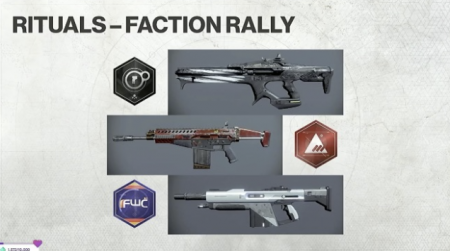 Microtransactions (aka Bright Engrams) will be refreshed between seasons. Bungie said they’d be changing “most of the content” in the Bright Engrams such as emotes, ships, and sparrows while more shaders will be added but they are not taking any away from season to season. 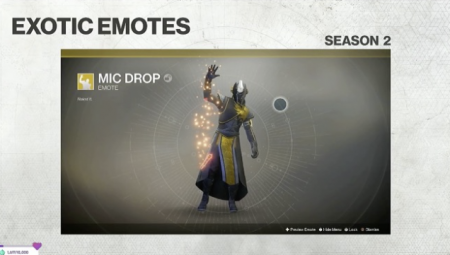 “Expansion I: Curse of Osiris arrives December 5. Purchase the Destiny 2 Expansion Pass and get access to both Expansion I and Expansion II. https://www.destinythegame.com/buy”

Dylan is a writer, gamer, avid movie lover, and PlayStation extraordinaire. Currently, he attends Radford University in pursuit of a BS in Media Studies with a concentration in Journalism. When he’s not writing the next epic post (but you know he is), he plays games like Destiny, Uncharted, Wolfenstein/DOOM/Dishonored; long story short: If I played the game, I liked it; if I haven't played it, just remember that I'm in college.
@Dylanslegos
Previous The Walking Dead 802 “The Damned” Recap
Next According to Nintendo, Super Mario Odyssey has already sold 2 million copies