The Walking Dead 810 “The Lost and the Plunderers” Recap 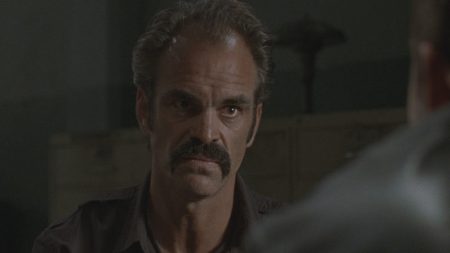 This week’s episode just wrapped up, and the hit show took a step towards the memorable in one of the strongest showings this season.

Episode 10 focuses heavily a few individuals, and all of the events take place in a pretty compact time frame. The episode had a really cool presentation, where certain characters got emphasized. The focus character was introduced with a white-on-black title card before the brief segment followed. As a result, we see some events out of order. This creates a really neat “A-ha!” feelingas the episode goes on.

For the sake of simplicity, I am going to do my best to simply summarize the events of the episode in their proper chronology.

It has only been a week in real time since Carl (Chandler Riggs) died. For these characters, the death is still very fresh. The episode opens with Michonne (Danai Gurira) and Rick (Andrew Lincoln) fleeing the Alexandria Safe Zone. Rick tells Michonne that he needs to see the trash people, and the duo start heading to the dump.

Right around now, Simon (Steven Ogg) and Negan (Jeffrey Dean Morgan) are having a conversation about how to deal with said triple-crossing trash people. The trash people were supposed to work with the Saviors, but then flipped back to team Rick. Simon argues that the garbage people need to be totally wiped out, and leads the suggestion to say similar things about the rest of the communities we know and love. Negan isn’t having this, and talkas about the moral high road they take in being saviors.

Simon and his group of armed soldiers arrive at the garbage land before Rick and Mchonne. Simon, in a frustrated agitation, shoots two of Jadis’ (Pollyanna McIntosh) people. Jadis loses herself and punches Simon. Simon orders all of the garbage people, save Jadis, killed. Simon and his crew bring back the guns from the dump, and Simon lies to Negan, leading him to believe that the garbage bandits are still alive.

The aftermath in the junkyard:

Rick and Michonne show up to the junkyard and quickly find their entrance sealed behind them before seeing the approaching horde of the former inhabitants. The two palaver with Jadis, who is the only person alive from her settlement. She is now speaking proper english and explains why the group settled in the junkyard.

Rick and Michonne end up escaping, Rick saying that he is done with Jadis’ games. They leave Jadis behind. She disposes of her former comrades by leading them all into a grinder.

Rick and Michonne are driving away, and Rick laments his failure in not showing Jadis mercy. He pulls over and reads the note Carl penned for Negan. Rick then calls up Negan on the walkie-talkie, and the two chat. Negan is crushed to ehar about Carl, but wastes no time. He immediatly puts the screws to Rick, telling Rick that Carl’s death was a direct result of Rickl failing as a father and leader. Rick assures Negan that Negan will be felled by Rick’s hands. 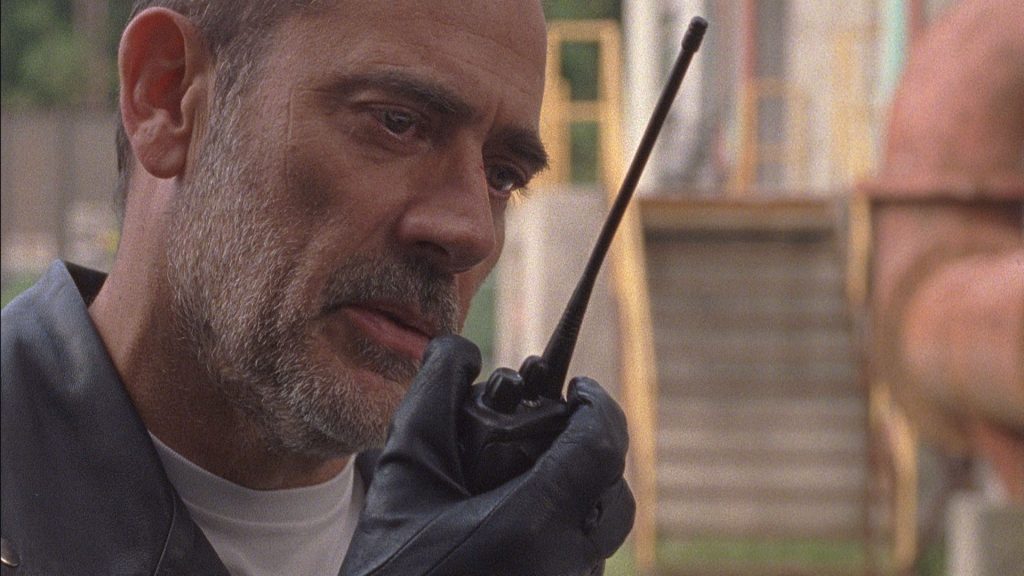 The last time we saw Aaron (Ross Marquand) and Enid (Katelyn Nacon), Enid had just shot the leader of the Oceanside community. To be fair, she really didn’t have a choice. Cyndie (Sydney Park), the defacto leader of the community, let Enid and Aaron leave, provided they never return.

I really enjoyed the progression of this episode. While the episodes in the first half of the season have been a bit lacking in terms of memorable material, this episode was packed with poignant moments. The most ringing endorsement I can give, I suppose, is that I am looking forward to a new episode for the first time since season 7 began last year.

Erich was introduced to gaming by his grandfather before he could walk. Since then, he has grown up loving Nintendo and most games in general. He couples his love of videogames with journalism to cover news, provide reviews and tell it how it is in the gaming world.
Previous Ghost of a Tale Release Date Announced
Next Rasputin: The Voice Of The Dragon #4 (Comic) Review