A Beautiful Planet: An interview with Film Director Toni Myers

A Beautiful Planet is IMAX’s seventh film made in space that shows us the state of the earth and why we need to take better care of our planet. 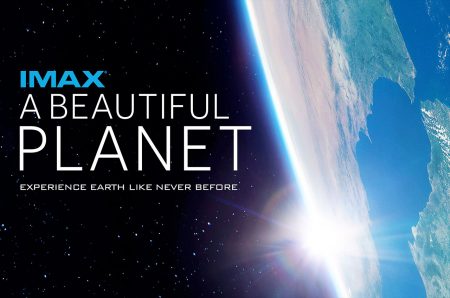 Film Director Toni Myers is known for her previous work in the following documentaries: Hubble 3D, Under the Sea 3D, Space Station 3D, Mission to Mir, 1.5 First City in Space, Destiny in Space, and Blue Planet.

Myers’ inspiration to create A Beautiful Planet stems from her motivation to educate the younger generation about the state of the earth. “I thought that the state of the earth as it is today is something that’s on most people’s minds,” Myers said. “Especially since 190 countries pledged to do something about climate change and reduce the escalating temperature.”

Myers also went on to explain that she thought it would be great to create a film that goes along with that. “I thought that especially for young people it would be great to have a film that shows them WHY it’s important to do that,” Myers said. “And why it’s important for us to get the word out and spread the word that we need to be taking better care of our planet and looking for solutions to the problems we’re facing here.”

Myers experienced specific challenges when she began production for this film.

“Well the challenges right from the get-go was that all of our other films had been made with IMAX film, which is a 65-millimetre negative that is very heavy, takes up a lot of room and storage, and goes by really quickly,” Myers said. “So we had challenges with it and the film speed was too slow for night stuff and goes by so quickly. You only got about six shots then you had to reload the camera again.”

A new challenge came up when Myers went to suggest A Beautiful Planet to NASA.

“The new challenge was when I went to NASA to suggest this film they said fine but we can’t fly film back and forth any more because the shuttles have retired, and there just isn’t space or the frequency of supply ships to get you back and forth,” explained Myers. “You can’t leave film in orbit for very long or it gets radiated. So they said I would have to go digital, and I am certainly glad that we did because it enabled us to get shots I have never ever seen before. It was just wonderful.“

Myers shared what kinds of cameras that were used for this film. “We did portrait testing on half a dozen kinds of digital cameras and Director of Photography James Neihouse selected two Canon cameras- a digital camera and a video camera as being the best performing and that’s what we flew.”

The creative process to create a Beautiful Planet was broken down into four stages. Myers explained what those four stages were in the following list:

Stage 1- Begins with a loose roadmap that maps out what the theme of the movie is.

Stage 2- Astronauts are trained for 8-15 hours. They are trained with everything they need to make a movie in space: how to light a scene, how to shoot it, how to focus it, how to expose it, how to record sound, and finally how to direct their crew mates in other scenes.

Stage 3- Myers said her team had a laundry list of shots that they wanted the astronauts to capture but are also encouraging them during training to get creative and come up with their own ideas.

Stage 4- The cameras and astronauts are finally up in space and downlink everything they are shooting directly at the Johnson Space Center.

Myers said that it’s only day or two before she sees what they had shot. “We have a lot of interaction about that,” Myers said. “Sometimes the astronauts would call me on their cellphones and say: “I’m thinking about doing this kind of a shot what do you think of that?” So that’s fun to get a call from space.”

Once Myers had everything she needed to put the documentary together, she said that editing a documentary is quite frequent.

“You take the beginning and you put it in the middle, you take the end and you put it at the beginning so you’re trying different things and it’s a long process,” Myers said. “Then I interview the crew when they come back from space to get their experience on tape. It’s just a kitchen table discussion and you hear that in the film and those aren’t scripted words it’s their words. Then I write the narration for the narrator, then we put all the sound effects and score the film, put the music in and here we are!”

Since shooting A Beautiful Planet Myers said that her perspective of our world has changed.

“Looking at the earth from space is an absolutely sublime experience in IMAX when you see it on a big screen, and you see the detail,” Myers said. “It just never ceases to amaze me how complex it is. It’s a world of contrast and extremes and it’s got everything you could imagine: different kinds of terrain and characteristics which are endlessly fascinating.”

She then continued. “So anytime we’ve gone into space I have always felt that. It’s like the first time you’ve gone into an airplane and saw a cloud for what a cloud really is,” Myers said. “It’s that excitement heightened a million-fold.”

Myers hopes that A Beautiful Planet provides an educational experience for everyone that sees this film, especially for the younger generation.

“I hope the educational component of it is to get across the point that the earth is our only home in space right now, and there is no time soon where we can go anywhere else right now to live,” begins Myers. “So what we do in the film is draw an analogy between the space station as a closed system where you have everything sealed inside of it that keeps the astronauts alive, and the earth which is exactly the same thing.”

However, Myers points out a difference between the two. “The difference between those two things is the earth does not get any resupply ship, so we have to look after the resources that we have been given on earth,” she said. “We have to manage those resources better and look for other sources of energy like the sun to keep going. We need to leave this planet in good shape for future generations.”

A Beautiful Planet is now in theatres.

Hey! I'm Nadia! I am a big fan of RPGs and you can almost always catch me playing one in my spare time. Writing is my passion, and my intention is that you all learn something through my work!
Previous Mighty No.9 finally Gold, coming in June
Next The Xbox One gets SUPERHOT