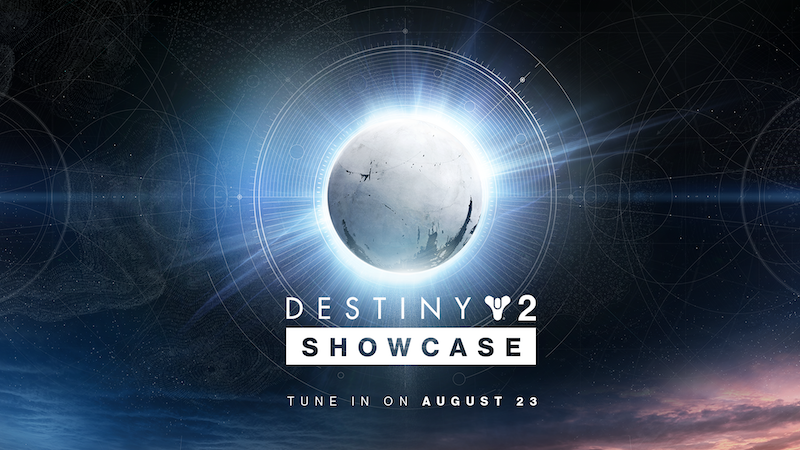 Home / News / Bungie talks season 18 of Destiny 2, with a special showcase next week

Yes, Destiny 2 is still around. It’s going pretty strong actually, and about to get an 18th season of content, with more of the Light and Darkness saga.

Light of the day

Destiny 2 seems like an odd duck of a game. It wasn’t all that well received when it first debuted, but it definitely does have a fanbase, and it just keeps chugging too, with season after season of content.

First released in 2017, the MMOish multiplayer action title is in the middle of a major event as well. That comes in the form of the continuation of the Light and Darkness saga, with the newest chapter, Lightfall.

That new addition, plus the Arc 3.0 subclass update, “and more” will be the subject of a special presentation scheduled for next week. Here’s a sneak peek at what to expect:

The Destiny 2 Showcase pre-show will begin at 8 AM PT on Tuesday, August 23, while the main show will start at 9 AM PT. Stay tuned after the Showcase for a live post-show discussion with Bungie developers and more.

While you’re waiting for the show, you can dive back into Destiny 2 right now to see the end of the Season of the Haunted. And while you’re there, make sure to check in with Calus in the H.E.L.M., for an “ominous message”.

Destiny 2 is playable on Xbox and PlayStation platforms, as well as the PC.

Jason's been knee deep in videogames since he was but a lad. Cutting his teeth on the pixely glory that was the Atari 2600, he's been hack'n'slashing and shoot'em'uping ever since. Mainly an FPS and action guy, Jason enjoys the occasional well crafted title from every genre.
@jason_tas
Previous Demons, shotguns, and pizza too; here’s your first look at Rift Sweeper
Next Trailer: Reliquary brings a “hand made” world of sci-fi and fantasy to life