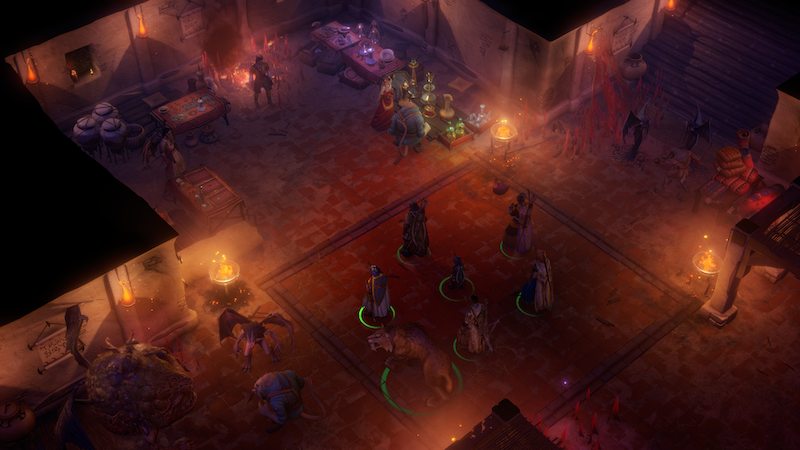 Home / News / Pathfinder: Wrath of the Righteous questing to consoles in September

Pathfinder: Wrath of the Righteous questing to consoles in September

Those seeking a good old fashioned action-role-playing adventure on consoles will want to check out September’s Pathfinder sequel.

If you’re an RPG fan who’s yet to play one of the two Pathfinder titles from Owlcat Games, then you’re missing out. Classically styled, the high-fantasy world of Pathfinder is very much along the lines of the legendary (first two) Baldur’s Gate titles.

It looks incredible for starters, with that iconic cRPG, isometric viewpoint and highly detailed environments. You can also set the combat how you want it to be, playing either turn-based or real-time.

Til now though, the sequel Wrath of the Righteous was a PC-only affair. But this September will change that, as the game makes its way to the modern round of consoles. And yes, that means Switch too (as a cloud game).

But before we get to that, there’s also what soundalike a pretty chunky new adventure coming for PC gamers. That’s The Treasure of the Midnight Isles, a DLC pack that’ll bring you to the shores of far off lands, and pit you against terrible new foes. But hey, there’s treasure, so…

As for release dates, Midnight Isles is set to launch August 11th, but again remember that’s for the PC edition of the game. The console editions won’t see stores til September 29th. And that goes for both physical and digital launches, across Xbox, PlayStation, and Switch (which is the cloud version).

One cool things too, is that the console arrival will also bring the Enhanced Edition. So Wrath of the Righteous will look better than ever, and that goes for the PC version too, which will get a free upgrade.

Jason's been knee deep in videogames since he was but a lad. Cutting his teeth on the pixely glory that was the Atari 2600, he's been hack'n'slashing and shoot'em'uping ever since. Mainly an FPS and action guy, Jason enjoys the occasional well crafted title from every genre.
@jason_tas
Previous Hot Toys goes back to Kenobi for another new rendition of the Jedi Knight
Next Trailer: Things are getting Looney (Tunes) in Hot Wheels Unleashed