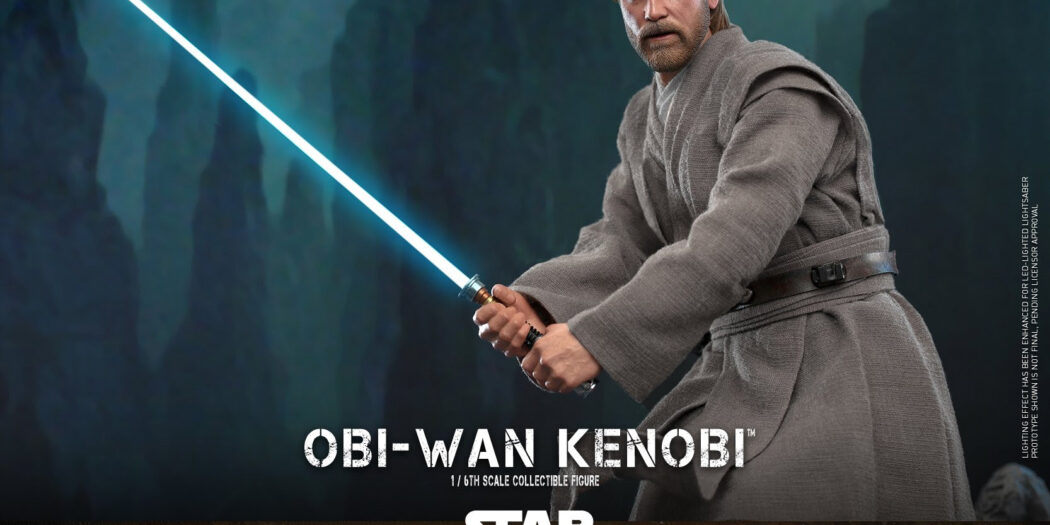 There’s no shortage of Obi-Wan, with the Disney+ show bringing all manner of figures to the market. Of course, Hot Toys’ outshines most of them.

While there has been a pretty mixed-reception to the new Star Wars: Obi-Wan Kenobi show on Disney+, one thing’s undeniable. And that’s that it’s brought a whole mess of new Obi-Wan stuff to stores and online shops.

While Hot Toys’ newest isn’t anywhere close to being the first, it might be the best, though that should come as no great shock. Hot Toys had made a habit of delivering big time, and this DX series figure is no exception. Yep, DX.

If you don’t know what that is, it refers to the figure’s eyes. It’s basically an “eyeball posing system”, so you can give your display a level of realism that’s rarely (if ever) seen. And there’s no pun intended there.

The Obi-Wan Kenobi 1/6 Scale Figure also arrives with a huge range of accessories, including an LED light-up lightsaber with an interchangeable blade to emulate the lightsaber in motion, a blaster pistol, an L0-LA59™ droid, Obi-Wan’s binoculars, a holoprojector, a Bail Organa™ hologram miniature, and even a rocky diorama base on which to recreate Obi-Wan’s showdown with Darth Vader™!

Furthermore, a Special Edition version of the Obi-Wan Kenobi figure will also include Anakin Skywalker’s™ lightsaber hilt and a box as bonus items exclusively for collectors.

Both the standard and special edition of Obi-Wan Kenobi are priced in at $295 USD, and are up on Sideshow Toys’ online shop right now. Both figures are set to ship some time between the 4th quarter of 2023 and the first of 2024.

Jason's been knee deep in videogames since he was but a lad. Cutting his teeth on the pixely glory that was the Atari 2600, he's been hack'n'slashing and shoot'em'uping ever since. Mainly an FPS and action guy, Jason enjoys the occasional well crafted title from every genre.
@jason_tas
Previous Fox to team with developer Survios for new Aliens title
Next Pathfinder: Wrath of the Righteous questing to consoles in September