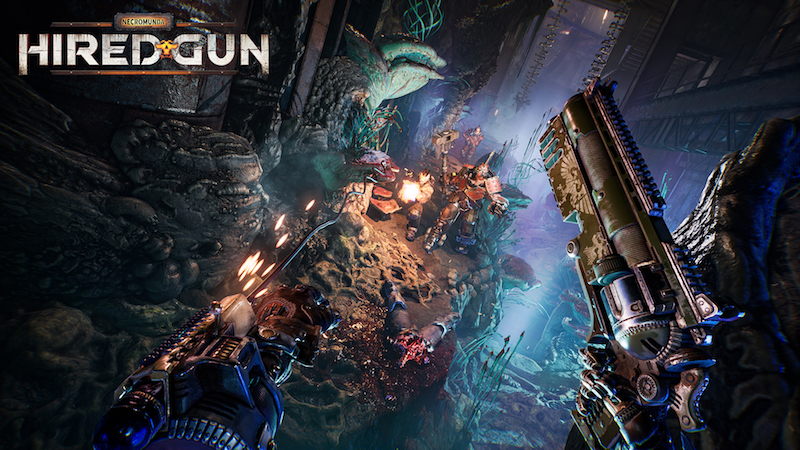 Trailer: Check out the opening cinematic for Necromunda: Hired Gun

The seedy, gang-dominated world of Necromunda is about to go first-person with Hired Gun. Check out the opening cinematic for Streum On Studio’s latest.

Have gun, will shoot

Focus Home Interactive and Streum On Studio have released the opening cinematic trailer for Necromunda: Hired Gun ahead of its June 1 launch. Set in the darkest reaches of Warhammer 40,000’s most infamous hive city, this new video gives you an extended introduction to the treacherous depths of the Underhive, Necromunda’s lawless haven for scum, gangs, outlaws, and bounty hunters looking to become a legend (and make a quick buck in the process). Suit up with new upgrades for you and your cyber-mastiff companion, pick up a high-profile contract, and get to hunting!

Jason's been knee deep in videogames since he was but a lad. Cutting his teeth on the pixely glory that was the Atari 2600, he's been hack'n'slashing and shoot'em'uping ever since. Mainly an FPS and action guy, Jason enjoys the occasional well crafted title from every genre.
@jason_tas
Previous Marvel prepares Star Wars: The High Republic miniseries
Next Trailer: Port Royale 4 sets sail for Switch today