Always present with plenty of show exclusives, Diamond Select Toys has a nice slate of goodies set for release at SDCC.

Before we get into the goods, know that the panels and other happenings that DST has on tap are not included here. Those will presumably be coming up separately, since the company actually pointed it out in the press release. What is included in here though, is a nice selection of Vinimates, Dioramas, and even a Klingon Bird of Prey.

That 80th Anniversary Superman box set is a standout though. That thing is just awesome. 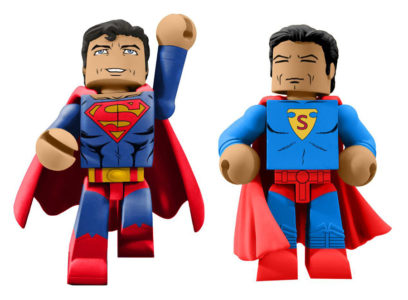 Jason's been knee deep in videogames since he was but a lad. Cutting his teeth on the pixely glory that was the Atari 2600, he's been hack'n'slashing and shoot'em'uping ever since. Mainly an FPS and action guy, Jason enjoys the occasional well crafted title from every genre.
@jason_tas
Previous Crash Bandicoot: The N.Sane Trilogy (Switch) Snapshot Review
Next Coming Up: The games of July 2018