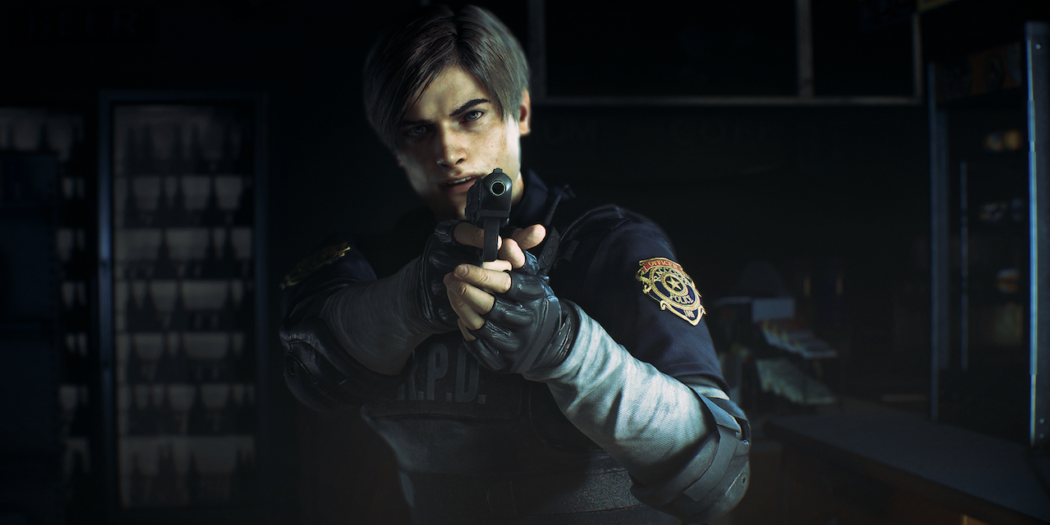 E3 2018: Resident Evil 2 steals the show at the PlayStation presser

There were some big games shown off at Sony’s PlayStation press conference last night. But I think it’s fair to say that Capcom’s Resident Evil 2 got the biggest pop.

Is Resident Evil 2 the best-loved RE title of all time? It might be, even in the wake of fan-favorites like RE4 and my personal favorite Code: Veronica. The game struck all the right notes, and followed the original RE in much the same way that Aliens followed Alien in the movies. That’s to say, it was more action, more big moments, and more… well, just more.

While that original game would go on to get a remake several times over, the arguably more popular RE2 never seemed to even be talked about in such a way. That is, till last year, when we started hearing about this very game. Not that we saw anything from it. Last night changed all that though, as Resident Evil 2 absolutely exploded at Sony’s PS4 presser.

So, what’d you think? That’s actually not the trailer that Sony showed at the event. That one started with something that didn’t look like RE at all, and built into Leon blasting a zed square in the head. Awesome. You an check out that big moment in the full stream of Sony’s presentation that we posted this morning.

But let’s get back to Resident Evil 2, because it’s boasting quite a few new features. Capcom is talking up a new “wet gore” effect for the zombies of Raccoon City, while is something that’s very evident from the trailer. It’s both wet and gory.

Speaking of those rotters, they now react in realtime to being shot and will take visible damage from your arsenal. The lighting system is all new as well, and there’s that nice over the shoulder camera angle, to get you up close and persona with the reanimated dead.

So when can you play all of this? That’ll be in what’s becoming a very crowded quarter, as RE2 will hit the PS4, Xbox One, and PC this coming January the 29th.

Jason's been knee deep in videogames since he was but a lad. Cutting his teeth on the pixely glory that was the Atari 2600, he's been hack'n'slashing and shoot'em'uping ever since. Mainly an FPS and action guy, Jason enjoys the occasional well crafted title from every genre.
@jason_tas
Previous E3 2018 Ubisoft Press Conference Recap
Next E3 2018: Sony has a solid (if weird) PlayStation presser