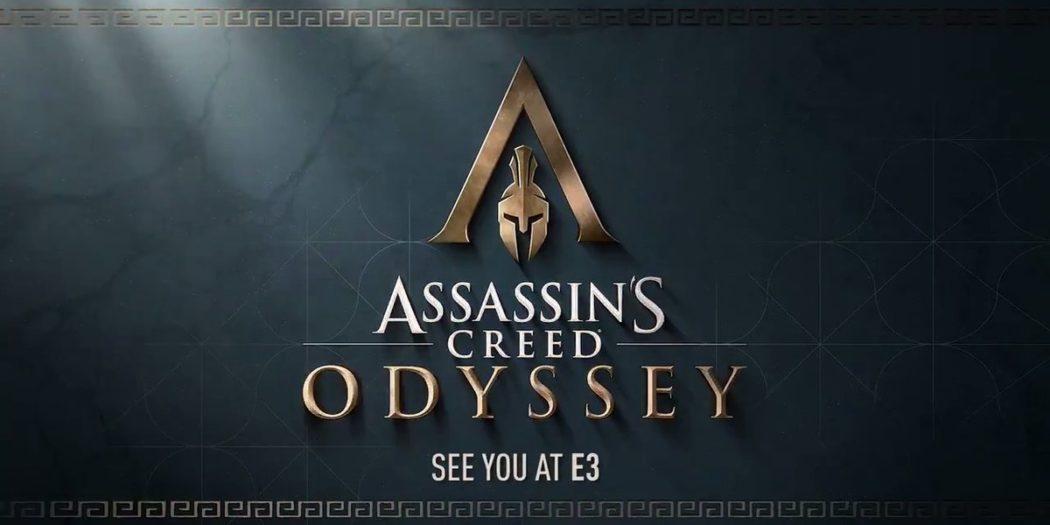 If for some strange reason you were busy or had better things to do (unlikely), Ubisoft took the stage today for their E3 press conference. But don’t worry if you missed it, we’ve got you covered. So, let’s recap.

Every year I forget Just Dance is a Ubisoft game and I’m always sat in surprise when a dancing troupe come out. This year was no different. Led by a large Panda, dancers took to the stage to announce the new Just Dance. No information was actually given on the game, just a year. Next year, 2019. I guess we’ll be waiting for a it more information on that.

Beyond Good and Evil 2

After the very unexpected reveal of Beyond Good and Evil 2 last year I was not expecting to see more this time. Especially not with the few sneak peeks of gameplay we’ve been handed in prior months of the game. But alas, here they are handing us more gameplay. Pre alpha gameplay, but I’m sure everyone is happy with that.

This time giving us a look at a far more detailed world that you can seamlessly transition from flying your jet/plane/spaceship to on foot combat. From what we’ve seen so far it is shaping up very nicely. Also mentioned very briefly was that you would be able to play coop. This of course makes everything very interesting. Coop wasn’t shown, but I’m intrigued to see what it’s like.

Then, just when you think it’s all over, out comes Joseph Gordon Levitt. That’s right. I had to double check my hearing too. What’s he doing here? Well, Beyond Good and Evil will have HitRecord incorporated into the game. This allows the community to create content for the game and have it showcased in the game. This means that fans can create art, music and other types of assets and have it incorporated into the game so it’s all that more original. I don’t know about you , but I think that sounds pretty awesome. Imagine having your artwork featured in a game you adore. It’s some pretty exciting stuff.

Ubisoft announce during it’s briefing that R6 Siege has accumulated over 35 million players. Which, whether you like the game or not, is a pretty darn impressive accomplishment.

Also announced was a documentary called Another Mindset. In this Ubisoft will follow the Siege community on their path to the pro leagues.

Well, this one had quite the intro. The creative director rode in, walked onto the stage and then crashed though the podium. That’s one way to get everyone’s attention. So, the platforming racer is returning and bringing back that Trials gameplay we all know.  The trailer showcases tracks of all varieties which should be great to keep things fresh.

Also shown was plenty of ways to crash, get crushed and be generally put in pain in plenty of wonderful ways. Aside from the glorious ridiculousness it looks as if it still has the challenge that previous ones had. Which is great to bring in all types of players.

Even though The Division 2 was revealed during Microsoft’s conference, Ubisoft still had more to show during their’s. As we already know, The Division 2 is set in Washington DC 7 months after the virus was released. The aim of the game is to take control of an agency veteran and take back the capital.

We got two new trailers, which is all well and good, but let’s talk about far more interesting things. For a start, The Division 2 is coming to PC, PS4 and Xbox One on 15th March 2019. Another glorious bit of information was that in the first year of the game there will be three DLC’s released for The Division. All of which will be 100% free. A catch I hear you say. That’s what I thought. But nope. Completely free.

Also announced is that Raids will be coming to The Division 2. Raids will support 8 players. “These challenging missions will test the skill, communication, and teamwork of even the most expert Agents.” Ubisoft wrote in a blog post. Also added for end game content, after you pass the top level of 30 you will be able to select a specialisation. Ubisoft said “These paths introduce new skill mods, talents, and tools, including brand new signature weapons,”.

To be perfectly honest, the only thing I want from The Division 2 is the ability to play offline. I absolutely loved the first but I never actually bought it as I don’t want a game that eventually I will never be able to play again. So please, please, let this one be playable offline so I can finally have it.

So last year we saw the reveal of Mario + Rabbids which was an interesting Nintendo take of X-Com styled, turn based strategy. Well this year we have DLC. Please welcome Donkey Kong to the game. This DLC will be released on 26th June. Or a day earlier for season pass holders.

Titled Donkey Kong Adventure, you will take Donkey Kong, Rabbid Cranky and Rabbid Peach across an island with a handful of new environments.

This year me got even more gameplay of Black Flag: Extended Edition. Of course I’m talking about Skull and Bones. I poke fun, but this game does look pretty incredible. And the naval combat looks absolutely stunning. Granted, very similar to Assassins Creed naval combat, evidently where they started the build from. But it has certainly been built upon and improved.

To be quite frank. It’s all stuff we’ve seen before. But it still looks great. Recently Ubisoft delayed the game to 2019 to give themselves more time to develop the game, which always a good thing nowadays.

This gameplay however did show ship customisation. This definitely has been improved from Assassins Creed. The customisation is far more in depth. From plenty different guns, to sails, to wheels. It’s shaping up very nicely.

Another game that was announced last year was Transference. Little detail was given on it last year, but this time we got a much better look at it. Transference is a psychological thriller horror. Aiming to blend together the storytelling of movies and interactiveness of games. Sounds like a great idea to me.

Today we got some gameplay of Transference and it does seem very interesting and a little disturbing. Transference will have you solving puzzles and have multiple story branches. All the while terrifying you at the same time. The story will be told through real actors.

Transference is scheduled to be released in 2018 although no definite date has been given. It will be available on Xbox One, PS4 and pretty much all VR headsets.

And. Yet. Another. Feels a lot like I’m repeating myself at this point. Starlink was also announced last year. If you don’t remember, Starlink intends to bring back toys to life, but it hasn’t worked out so well for the others so this seems pretty risky. You will have you ship which you connect to the game and then you attach different guns to it and it will change within the game.

Starlink plays as a dogfighting game, a type of game I’ve not seen in a while. Set for release on 16th October fro PS4 Xbox One and Switch. Also coming to Starlink will be a crossover with Starfox.

Introducing, attack and defend mode. If you’ve been playing games for a while you’ll know this game mode from older games. Well, now it’s in For Honor. Renamed Breach Mode. Breach Mode will have two teams of four players battle it out to attack and defend a castle and their king.

The attackers will be armed with a battering ram which they’ll need to protect while it does it’s thing. This game mode will have three phases. Phase one, break down the outer gate. Phase 2, break down the inner gate. Final phase, kill the king. Of course the battering ram can be destroyed so the attackers will have to do all they can to defend it from the opposing team.

The attackers have set amount of lives to attack with. But the defenders will have unlimited lives. They only lose when they king is dead. The defenders will be armed also with ballistas and cauldrons of pain. All the better to get the castle siege feeling.

Also being added is a new Chinese army, the Wu Lin.

On the 21st June the open beta for The Crew 2 will be available. Better than that, you can pre-load it now. The beta will be playable on the PC, Xbox One and PS4.

Not much more was given on The Crew 2. But with the Beta being open we don’t really need to know more as we’ll be playing it soon. Exciting stuff.

Through leak by keyring, Odyssey was known about not too long ago. But today we got a real reveal. For the first time we got gameplay of the latest instalment. This time stepping into Ancient Greece, you’ll be taking on the role of one of two playable characters. Alexios or Kassandra. Both of whom share blood with a Spartan Warrior of legends.

Whoever you choose, you are handed down the broken spear of Leonides. Which makes you more powerful than any other.

Odyssey also appears to be bringing back the naval combat that everyone loved so much from previous Assassins Creed games. It should be interesting to see what they have changed in the naval combat from the last time it made an appearance.

It appears as if Ubisoft are driving further down the RPG road in Odyssey. As you may remember, Origins had loot and the ability to change all sorts of your armour and weapons (not unlike Unity). Enemies had levels and you had a skill tree. Well this time you have the ability to partake in the games conversations. I would like to see if it goes full RPG and has you making choices and those choices having an effect on the game.

One thing I really liked about the gameplay we got to see was the large scale fighting. This is the spartans after all. It looks like utter chaos and it is beautiful.

However, not all of it was pretty. Assassins Creed is out on 5th October 2018…this worries me. The facial animations looked pretty stiff. And that animation for when they leapt onto the horse was rather juttery. Now, there is still time before the game is out for it to be touched up, so I just hope it is. I’m probably just being cynical, but with recent games can you really blame me.

My only other worry is the same as it was with Black Flag. Edward Kenway was never really an Assassin, just a pirate that stole the outfit. In the gameplay the Assassins or Templars are never really mentioned. So I’m curious as to how  they fit in with this time period and whether you actually are an assassin.

In the last seconds of the gameplay video it seems like Odyssey is embracing the mythical side of Greece as Origins did with Egypt. It appears to have a minotaur rise from the darkness. This of course is awesome and should make for a very interesting part of the game.

And that’s it. That is Ubisofts E3 2018 press conference. Hopefully you got all the information you needed and have been enjoying the show.

Massive game and movie enthusiast. In any free time I'm always playing something or watching something. I didn't choose the hermit life.
Previous E3 2018: Metro Exodus takes the fight to the road, and the rail
Next E3 2018: Resident Evil 2 steals the show at the PlayStation presser