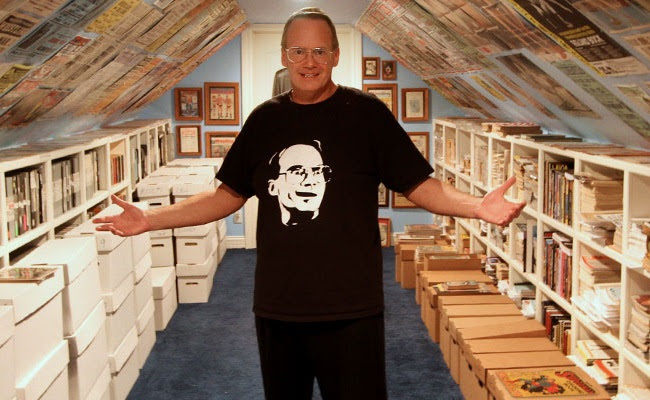 Jim Cornette has been around pro wrestling for as long as most fans can probably remember. Apparently he’s also a pretty big comic book buff. Those sound like two great tastes that could taste great together.

Jim Cornette is a legend in the wrestling game. Since the early 80s, he’s been booking matches, managing talent, and promoting the sport. He’s also one of the few people who’ve been behind-the-scenes for as long as he has. He’s even back with the WWE, as of last year.

One other thing that Cornette is though, is a comic fan. Apparently, he’s been one for just as long as he’s been into wrestling. Thanks to publisher IDW, he’s now bringing his two passions together, in a new book that’ll tell the tale of some of grappling’s biggest backstage moments.

“I collected comics even before I got into wrestling, and as a collector myself I want to make this a real collector’s item! I’ve been telling stories for years in my columns and on my podcasts” says Jim Cornette. “But you know what they say, a picture’s worth a thousand words. So sixty pages of pictures should be enough room to tell a heck of a lot of amazing stories. I can’t wait to take people behind the scenes and have them SEE some of my favorite moments illustrated by an awesome team!”

With the rep for telling it like it is that Cornette has, I can’t imagine this book not getting funded. It sounds pretty solid too, with a total to three chapters “hand-selected and presented by Cornette and adapted by the team of Easton and Medri”. That’d be Brandon Easton, and Denis Medri, by the way, the team that previously brought fans Andre The Giant: Closer to Heaven.

So there’s a quality pedigree to this one, beyond just Cornette.

“I’m a big fan of Jim Cornette’s storytelling – both in the ring and through his podcasts. I’m beyond excited to work on this project and explore the modern history of pro wrestling with a man who experienced it firsthand,”  said Easton. “Obviously we’re passionate about pro-wrestling, and the chance to return to the ring has us flexing our creative muscles!” said Medri.

Also worth noting here is that, since this is a Kickstarter, you can definitely expect to see some rewards for backing it. The publisher says that perks will include ” original art, personal conversations with Cornette himself, and even the ability to go down in infamy by being drawn as a heel character directly into the graphic novel!” Pretty neat.

If all this sounds good to you, you can check out the campaign when Jim Cornette Presents: Behind The Curtain – Real Pro Wrestling Stories hits Kickstarter on April the 17th.

Jason's been knee deep in videogames since he was but a lad. Cutting his teeth on the pixely glory that was the Atari 2600, he's been hack'n'slashing and shoot'em'uping ever since. Mainly an FPS and action guy, Jason enjoys the occasional well crafted title from every genre.
@jason_tas
Previous Overkill’s The Walking Dead game is looking pretty good
Next Mark Bagley cover for Amazing Spider-Man #800 revealed