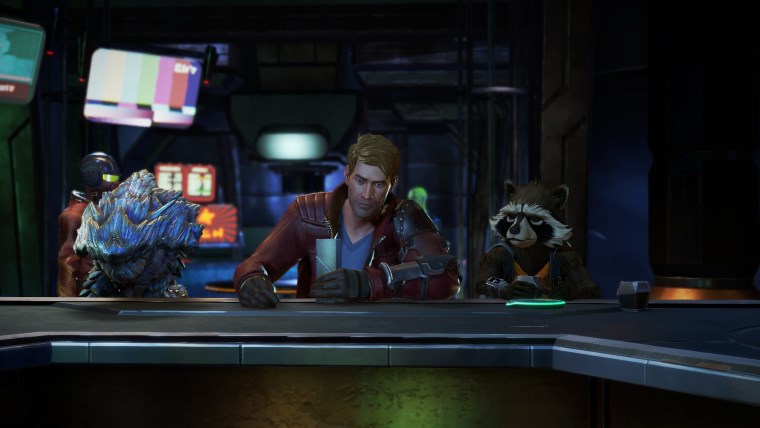 The Guardians are in shambles, and their adventures seem to have come to an end. So where does the team go from here? Check out
Guardians of the Galaxy Ep 5 to learn more. 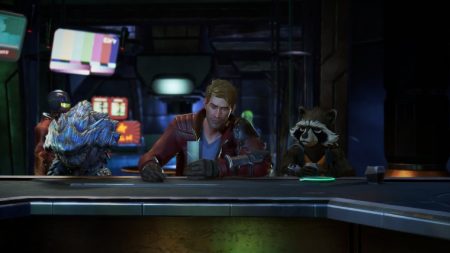 Guardians of the Galaxy Ep 5

When we left our heroes, the Guardians were in shambles, as it seemed their adventures would be a thing of the past. Drax is dead, while Groot, Mantis and Gamora all wen’t their own ways. Hala the Accuser was fused with the remnants of the Infinity Forge. Leaving Star-Lord, Rocket and Bowie the rock snake to save the Galaxy without their friends. Whether you want to call it arrogance or trust, Star-Lord knew that the team would reunite before long.

Getting The Gang Back Together

While sitting at the bar trying to figure out their next move, Rocket and Star-Lord see a news broadcast about Hala wreaking havoc across the galaxy. She is on the hunt for the Guardians, and what Quill is responsible for.

The news broadcast ends, and Mantis finds Peter and Rocket. She realizes her error, and wants to rejoin the group. Reuniting with Mantis and her empathic abilities begins the hunt for their missing members. 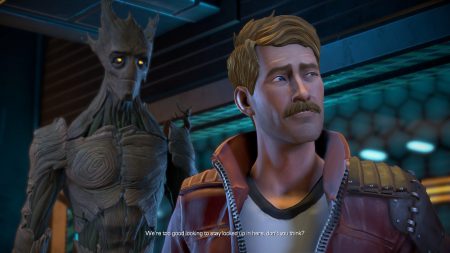 The story arc of finding your friends across the planets is a slight, but enjoyable mix of gameplay. Mantis’ powers allow her and Peter Quill to search his memories and build on his feelings. This brings about a fresh, black-and-white appeal to the world that is typically so vividly colored.

It takes a little time, but we are able to reunite with the entire team, even the believed-to-be-dead Drax the Destroyer. Drax is sitting alone in the cave after his battle with the giant beast that was chasing the Milano. If anyone else out there’s arc went the same way as mine had, I was feeling none too wonderful at the thought of losing my Drax. being able to reunite with such a madman made my final chapter that much more enjoyable.

We get to enjoy a scene with Star-Lord sporting a strange, Ron Swanson-like moustache, and taking plenty of flack from his soon-to-be teammates over it. With this being the introduction of our heroes as a group.

After the exploration of Peter’s feelings, we are given the chance to assign rolls to the team for the final assault. This gives the player the opportunity to be as serious or as ridiculous as you are feeling. Maybe you use Drax to defend a team member and Groot as a stealth member, or on the flip side, you could use Groot to be a hacker, and Drax to be stealthy.

Well, the final attack is something you will have to play for yourself, but when it was said and done, we find something else unexpected. Telltale is setting themselves up for a second season of the Guardians of the Galaxy. Given their popularity with the MCEU, I don’t blame them either. And their choice of cliffhanger here is well deserved, given the reputation within the Marvel canon. Nope, I won’t spoil who shows up, but you wouldn’t be too hard pressed to figure it out for yourself.

Grab a copy of Telltale’s Guardians of the Galaxy for a trip all your own.

This story continues to impress. With the corruption of Hala and the fall of Thanos, where will Telltale take us next? Will the Collector and the Nova Corps play a larger role next season? Only time will tell...

A fan of media on multiple platforms, I am always watching or playing something! Who knows what I will be on to next?
@mackeyp42
Previous Legendary DJ Paul Oakenfold Releases Memoir
Next The Mighty Thor #705 (Comics) Preview 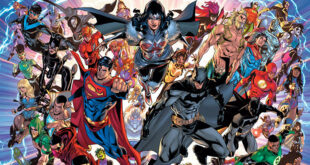 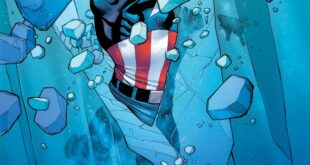 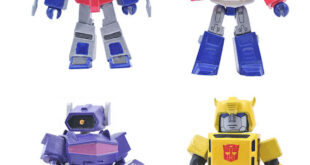 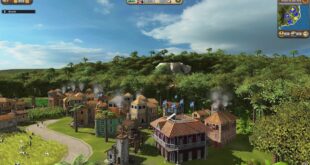