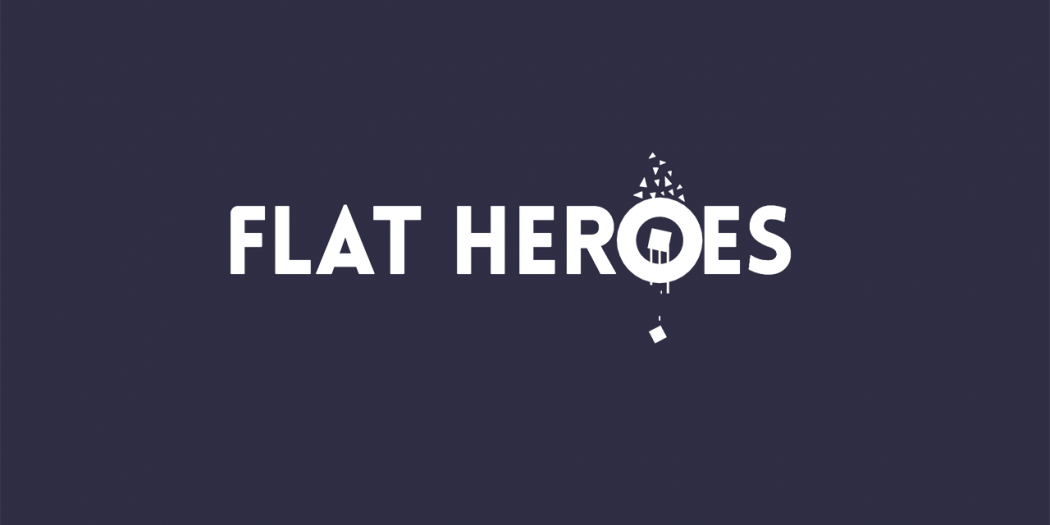 Flat Heroes is an action, puzzle game that’s every bit as unforgiving as it is fun. Think N+ and Super Meat Boy. At first I wasn’t expecting much as the first thing I saw was the title and four small squares. A justified reaction I like to think, but boy was I wrong. So my friend and I sat down to play Waves mode.

Without a loading screen, which is always a pleasure,  our squares spawned inside a box with a few line barriers inside. A timer counted down and our squares dropped. Right away a few small triangles appeared around the edges of the box and shot lines pretty much everywhere as they rebound off the sides. It was at this point we were blown back, confused and immediately lost the wave. It only took the one loss to figure out what to do and we were quickly bouncing our squares around trying to keep them alive. The feel of the game is surprisingly smooth. The squares slide around and react to your control beautifully.

The aim of the game here is to avoid the lines as they follow the trail and wipe out anything in the way. It’s safe to say it took us a few tries to get past the first level as we got familiar with the controls and feel of the game. Just as we got comfortable Flat Heroes ups the game and throws in beams that start at one side. Top to bottom or side to side. And fly to the other. As you progress so does the speed of the lines and beams you have to avoid.

After a good amount of levels we decided to move on but let the creators know what we thought first. During our conversation, which was mostly filled with praise, we found out there were more game modes. I don’t recall if they finished their sentence as we very quickly sprang back to the game to play. One of the four extra game modes we played was Zones.

In this the objective is to stay inside a circle within the box for a set amount of time. The circle will only be there for a short amount of time and then reappear somewhere else. However in this mode you had the ability to attack the other players in a shock-wave manner.

With just the two of us this was fun enough but these indie developers know exactly what to do to steal my heart. To do that they’ve thrown in the ability to add AI’s to the game…Which we had to try. And it’s safe to say the chaos very quickly followed.

This can be a rather stressful game but it’s too much fun to realize. I haven’t played on my own so I can only speak for coop. However Waves will be the same single-player but the friendly competition and camaraderie will be replaced by loneliness. But it’s a fun game all the same.

Flat Heroes is currently available on Steam Early Access. A worthy purchase in my opinion. To find out more about the game and developers pop over to their website.

Massive game and movie enthusiast. In any free time I'm always playing something or watching something. I didn't choose the hermit life.
Previous EGX Hands-On: All The Delicate Duplicates
Next Stellar Interface (PC) Review – It Really Is Stellar!