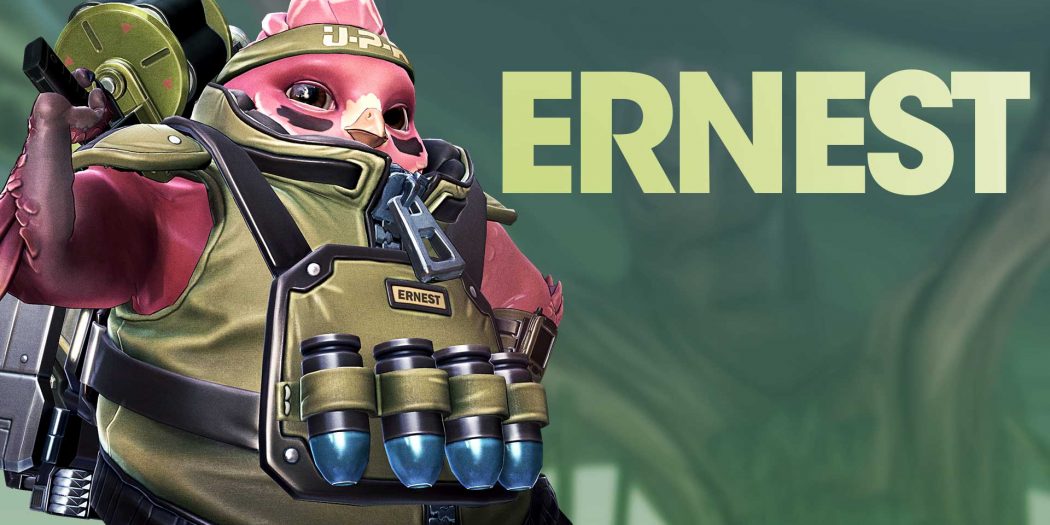 Battleborn Has A New Hero Which Is A Badass Hen

The next hero to join the Battleborn roster is Ernest, an explosive bird that can both go on the offensive and support his teammates. As an offensive hero, Ernest excels at playing the objective, especially in modes like Incursion and Meltdown. He can easily mow down a minion wave with his grenades whilst buffing his teammates with his eggs. 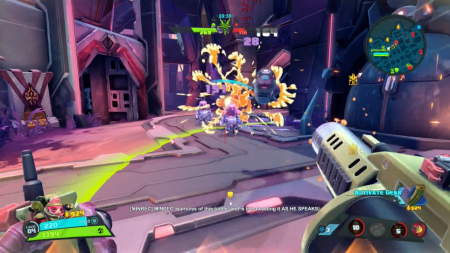 To start, Ernest’s way of doing damage is with his grenade launcher. Like most other grenade launcher weapons, these projectiles can be bounced off objects and be lobbed good distances. They detonate after a short amount of time or directly hitting the opponent. These grenades fly and bounce greatly however due to the shape of the shell, it is still simple enough to land good, direct hits. Speaking of direct hits…

Ernest’s passive is ‘direct hit’.  Any direct hits with grenades will cause 15% additional damage. This is not the craziest of passives but it fits Ernest’s kit well. If you manage to get consecutive hits, you will be doing some good damage. It can easily take out a minion wave with a few good well placed shells.

Ernest’s secondary attack utilises his detonator. This has a dual purpose, switching his power egg modes and being a detonator for his explosive charge. Though other characters have a secondary attack that does damage, this one revolves around his skills. 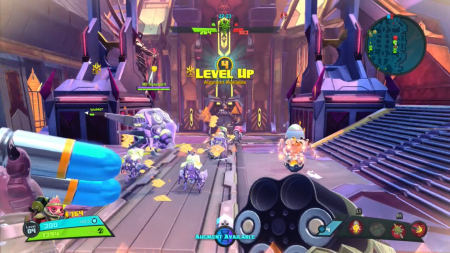 Ernest’s first skill is the power egg which is mainly a support item. The power egg provides an aura for teammates that will either greatly increase their attack speed or defence. This is where the detonator comes in handy. Ernest can switch between the two modes whenever he pleases making him very handy in different situations. So when an enemy jumps you when in your egg field, you can switch the egg in defence mode. After, you can easily switch back to the attack speed buff. Whack some reload speed on Ernest and you’d be throwing out grenades like anything. Unfortunately, you have to have your cursor on the egg to switch modes which can be annoying when in a scrap. However, the skill helix allows for the eggs to buff damage, increase movement speed and become a little bit healthier.

The second skill that Ernest has is an explosive charge, more commonly a sticky grenade. This does not have a timer like his other grenades, rather it can be activated once thrown with the detonator. So not only can you leave a somewhat sticky trap, but can do an impromptu throw and explode it at a close enemy. It’s definitely best used in conjunction with your grenades. This can also stick onto your enemies which can lead to a certain kill if enough damage is done. It is a handy skill that comes into play now and then.

The ultimate, mine grid, does exactly what it says on the tin. Ernest lays out a minefield that does decent damage. It can definitely close of a point or route as it has a good size to the field. It isn’t exactly game changing but is more about the control of certain points. Use this when enemies are grouped in a small area or to close of specific routes. Even better, co-ordinate with your team to put some crowd control on the enemy to ensure some hits with your mine field. 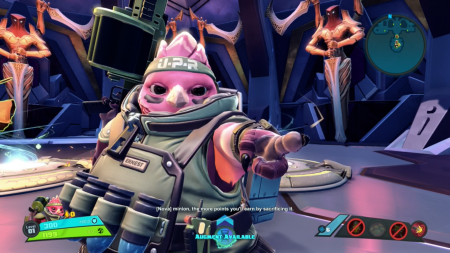 Ernest the hen is at his best when he is at a mid to long distance, away from the action. This space gives him the distance to throw his grenades into the battle whilst having a back-line for his fellow teammates. Ernest is the easiest to play out of the new Battleborn heroes as accuracy isn’t necessary with his grenade launcher due to the bounciness and delayed blast. In all, he fits as an assault/ support hybrid, having a dual purpose on the battlefield. Ernest is a lot of fun to play as he is not that complex, yet is still able to hold his own within the battlefield. In addition, he has one of the best running animations ever, definitely some bonus points there.

I've always enjoyed gaming from a young age, with my all time favourite game being Ape Escape. Nowadays, I enjoy any kind of game from action adventure to horror, though I am quite partial to the odd fighting game.
Previous PlayStation Plus September 2016 free plus games lineup
Next Valiant builds its deck with new card/tabletop game