If you’re a Super Smash Bros fan, then you’re in for some new Mii costumes this week, but there are some strategy and RPG additions to the eShop that might be worth your time as well. 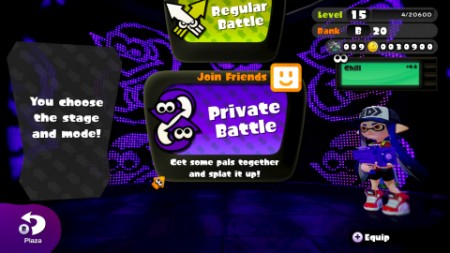 So the Smash train keep on chuggin’ as one of the biggest and best loved of the Wii U’s games continues to make an impact for Nintendo. This week’s updating for the title downs’t exactly shake the Earth, but it does add in some fun costume choices for your Mii fighters. Aside from that, there’s also that Splatoon download that adds in a bunch of stuff. That game is a pretty big Wii U hit as well, so if you’re one of the ink-squirting legion enjoying it, then you’re probably gong o want this update.

So that’s for the Nintendo-flavored stuff, but there are some classic games and a brand new RPG that you might want to check out as well.

Atlus’ Etrian Odyssey 2 Untold: The Fafnir Knight hits servers this week, and it’s a pretty great role-player that we had a good time with here at BG. If you dig JRPG dungeon-crawls, then you’ll probably like this. Also ‘new’ this week are a part of additions to the Virtual Console that you might want to cast an eye on.

And namely, those are Golden Sun: The Lost Age and Onimusha Tactics. Golden Sun, I think it’s fair to say, is a game that pretty much everyone knows and adores. So if you’ve got the itch to play through this GBA classic again, well, here you are.

As for Onimusha Tactics, I had no idea that even existed. As a big fan of the games on the PS2 (yes, all of them), I’m pretty excited to see that this little possible gem got a re-release on the VC. It’s a strategy game, which definitely might turn off fans of the action titles that hit home consoles, but it sounds like it could be a cool time. Might want to check that out… especially if you’ve been patiently awaiting another game in the series (hint- it’s probably not coming). 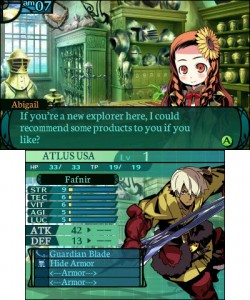 Scroll on down for a full look at what’s available now for the Wii U and 3DS.

Jason's been knee deep in videogames since he was but a lad. Cutting his teeth on the pixely glory that was the Atari 2600, he's been hack'n'slashing and shoot'em'uping ever since. Mainly an FPS and action guy, Jason enjoys the occasional well crafted title from every genre.
@jason_tas
Previous Gamescom 15: Watch Faith’s rise from runner to hero in Mirror’s Edge Catalyst
Next DST’s Ant-Man Marvel Select figure arrives in stores