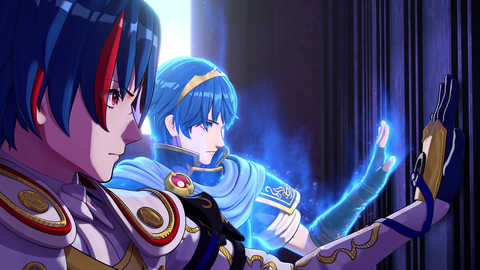 Home / News / Nintendo Download: Put a Ring on It

Nintendo gets track with some larger releases this week, in Fire Emblem Engage, and two Persona releases. That’s plus a bunch of smaller titles.

If you’re an RPG fan, then this is kind of your week on the Nintendo Switch. The console is seeing a triple drop, featuring fan-favorite names, with Fire Emblem and Persona.

While yes, that’s only two names technically, Persona has twin arrivals this week on Switch, with both Persona 3 and 4. And while those might be titles that you’ve played already on another platform, Fire Emblem Engage is all new. The title continues the exclusive JRPG series, bringing back the spirits of past heroes for use in its turn-based battling.

Not an RPG fan? Well, then you might be a little out of luck, as the list of smaller scale releases arriving is a but underwhelming. But hey, you never know, scroll down and take a look and you might see something that catches your eye.

** Full version of game required to use DLC for that game. Sold separately.

Jason's been knee deep in videogames since he was but a lad. Cutting his teeth on the pixely glory that was the Atari 2600, he's been hack'n'slashing and shoot'em'uping ever since. Mainly an FPS and action guy, Jason enjoys the occasional well crafted title from every genre.
@jason_tas
Previous Calling out in transit: Sonic survival horror in Chasing Static
Next Trailer: New Pathfinder: Wrath of the Righteous DLC coming in March, as game hits a million sold