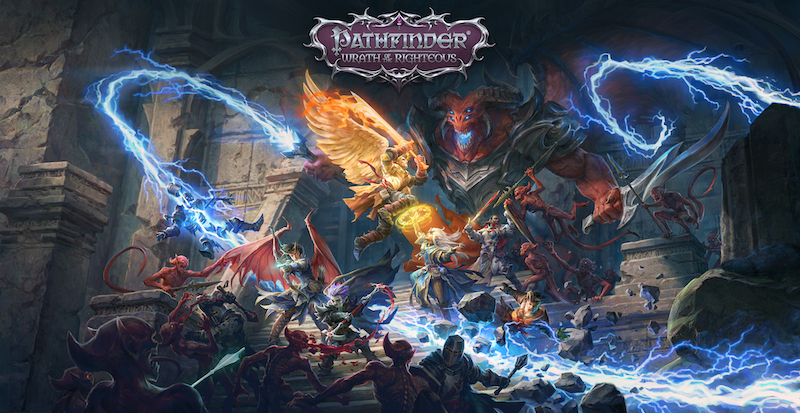 There’s a new path coming for cRPG players, with a fresh expansion for the million-selling Pathfinder: Wrath of the Righteous. It arrives in March.

The first premium DLC from Season Pass 2 is going to be available on PC, PlayStation 4 and Xbox One on March 7th, 2023. Cloud version for Nintendo Switch will arrive later. The Last Sarkorians premium DLC features a new companion for the Knight Commander’s party and a new playable class: the ever changing shifter! The nation of Sarkoris was destroyed by the demons, yet the last of its people are ready to fight back. Meet Ulbrig Olesk, a Sarkorian shifter capable of turning into a mighty griffon, who remembers Sarkoris as it was before Areelu Vorlesh opened the Worldwound. Take him into your party and experience the crusade through the eyes of the last surviving tribal chieftain of old Sarkoris. Explore a new region, fight new enemies… And maybe even find new love!

Moreover, abilities, similar to Ulbrig’s, will be available for the player as well with the new Shifter class! Choose from one of six available archetypes, fight as a humanoid armed with sharp claws, or transform into a mighty beast—or both!

Jason's been knee deep in videogames since he was but a lad. Cutting his teeth on the pixely glory that was the Atari 2600, he's been hack'n'slashing and shoot'em'uping ever since. Mainly an FPS and action guy, Jason enjoys the occasional well crafted title from every genre.
@jason_tas
Previous Nintendo Download: Put a Ring on It
Next Batman defeats the icy grip of Freeze with Hot Toys’ new XE Suit