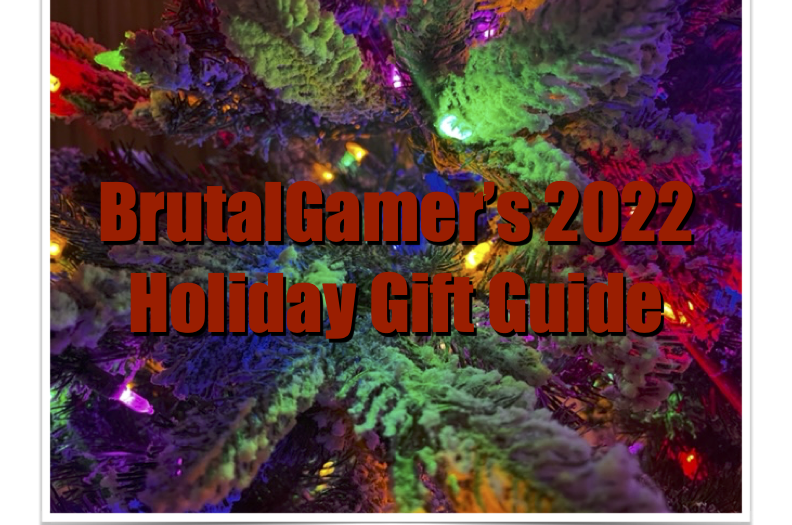 With two weeks left in the season, it’s time to seriously start thinking about what you’re going to give for the Holidays. We’ve got some ideas.

Those Christmas bells are ringing

The weather is colder, the leaves are down, and the smell of pine trees wafts through homes all across the United States. Of course, that means that Black Friday is just behind us, sending everyone into the Holiday Season at full speed.

And you know what that means. there are loads of sales, piles of ‘doorbusters’, and -likely- some shortages. Though here are BG, and for the purposes of this list, we’re not taking any of that into consideration.

We’ll try to steer you clear of anything that you’re not likely to find at all, but mainly what you’re about to read through are BG’s picks for what’s hot this Christmas, broken down by what kind of fan they might be.

Of course, you an feel free to use some of these suggestions to hand out to others, and get ’em yourself. Either way really.

So without further ado…

Got someone on your list who’s into books? There are a few neat options we can recommend, including some that could be hidden gems. We have a few of those from Insight Editions on our list this year, as the publisher puts out quality stuff all the time, and has some fantastic licenses.

For the sci-Fi fan

While our picks don’t exactly stray too far from the mainstream, there are some great choices for the sci-fi-minded out there. Those include the excellent Black Series helmets and figures from Hasbro, as well as Playmates Toys’ new Star Trek line. The original Enterprise is a highlight there.

If you have someone looking forward to Avatar’s sequels on your list too, you’ll find a bunch of great stuff from McFarlane Toys landing just now. That line includes a whole mess of stuff, including the mech suits and some nifty box-sets.

For the retro fan

The last decade has been a boon for retro-minded fans, with loads and loads of cool stuff playing off of classic IPs. Our picks include Mattel’s excellent new Masters of the Universe series, and Super7’s various Ultimates! lines, including Transformers, TMNT, and Power Rangers, as well as that same company’s ReAction lineup. With 5 points of articulation, ReAction includes licenses as disparate as Star Trek, Aliens, and the ubiquitous Turtles.

If you’re looking for something a little more on the expensive side, you might be hard-pressed to come up with better than Spengler’s Neutrona Wand from Hasbro. Yeah, it’s based on Afterlife, but with the iconic lights and sounds built-in, this one’s tough to beat.

For the superhero fan

Okay, fair warning, some of these things could have gone into the ‘retro’ category as well. Thing is, we’re only doing 5 picks per division, and some of this stuff is so great, I just couldn’t leave it on the cutting room floor. Needless to say though, overall, if you’re shopping for a superhero fan, you have a lot of choices.

There are a myriad of companies producing stuff based on comes these days, from the higher-end Mezco One:12 Collective to the import series’, like S.H.Figuarts and Hiya Toys. You really can’t go wrong with any of it, and so what we’ve put together here is a little mix of the mass market and the ‘holy crap that’s awesome’.

We’ll start with Hasbro’s Marvel Legends and McFarlane Toys’ DC Multiverse though. Both are chock full of heroes and villains, and both are very solid lines. Marvel Legends is definitely the fan-favorite, though McFarlane has been terrific after the first wave or so (which was years ago, ignore the haters). Hasbro also produces ‘prop replicas’, so if you’re looking for a gift that packs a punch, maybe consider Mjolnir.

Mixing the retro in now, we’ve got even more Hasbro, in the way of G.I. Joe Classified. No, these aren’t strictly ‘superhero toys’, but Joe has always been in that mix, and is kind of a ‘military superhero’ kinda thing. Hasbro has been crushing Classified too, with incredible remakes and updates of the classic 80s heroes and villains.

And while we’re on that subject, don’t forget Transformers. Hasbro has loads of those out there too, with some awesome offerings from the 1986 movie and more. But for this guide we’ve decided to go a little… bigger.

From Robosen Robotics, the Elite Optimus Prime is a little smaller than the previous release in the line, but is no less featured. And yes, this is the one that you’ve seen, that transforms by itself and can take voice commands. It’s both super expensive and super amazing.

For the game fan

What, you though we weren’t going to have a ‘video game’ category? Of course we are, don’t be silly. Games are kind of the focus of the site after all, and we have a number of great suggestions for those who are looking for both blockbuster games to give, or maybe just some cool doodads.

If it’s games that you’re after, just make sure first that your gifting target doesn’t have the title you’re considering already. It’s the season for deals remember, so check twice and buy once. Now that that’s out of the way, we have some of the bigger, (relatively) can’t miss titles listed, so without further ado…

For the action fan:

For the strategy fan:

For the RPG fan:

For the old school fan

That’s all folks, see you next year!

And with that, we’re a wrap (no pun intended) for our year-end gifting picks. We hope we’ve nailed some recommendations for you, or at least got you thinking about some cool stuff that might be related to what we chose.

Just remember though, it’s the thought that counts, as they say. That really is true too. At least, it is so far as I’ve found, and if you pick up something that you think someone will love, it kind of doesn’t matter if it’s top of the line or a prized gem. What matters is that it’s from the heart, and that you give it with plenty of joy in your own.

Happy Holidays to all, and a very Merry Christmas.

Jason's been knee deep in videogames since he was but a lad. Cutting his teeth on the pixely glory that was the Atari 2600, he's been hack'n'slashing and shoot'em'uping ever since. Mainly an FPS and action guy, Jason enjoys the occasional well crafted title from every genre.
@jason_tas
Previous Hellboy returning to the world of gaming with Web of Wyrd
Next Trailer: Splash Damage’s Transformers: Reactivate introduces a new Cybertronian (?) threat