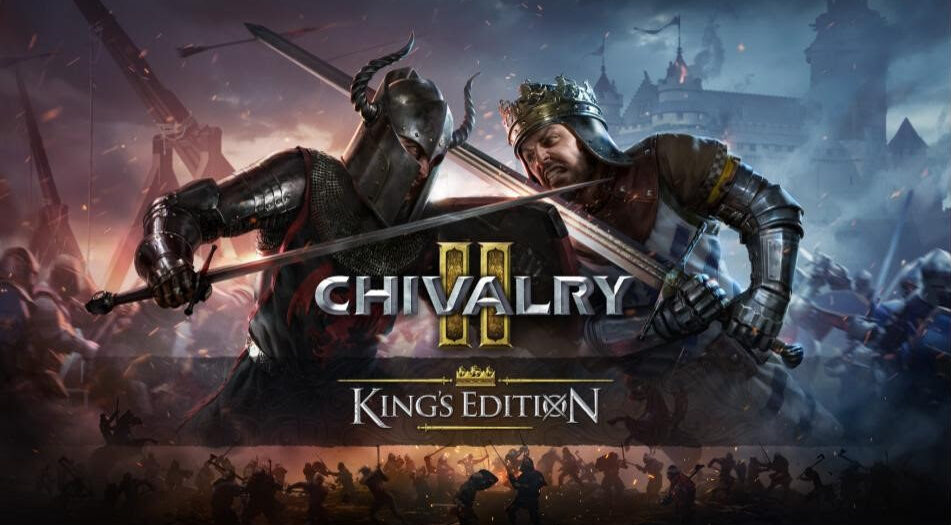 The medieval world of Torn Banner Studios and Tripwire’s Chivalry 2 has arrived on Game Pass for Xbox and PC. It’s time for some Reinforce-ments.

For King and country

One of the more popular titles to take advantage of the medieval theme, Chivalry has carved out a nice fanbase for itself. And it was followed up by an even more successful sequel, with Chivalry 2.

Now that multiplayer sword and shield game is back, and with a pair of new editions. Chivalry 2’s King’s Edition arrives, stocked with some nice new content, but the game also hits Game Pass with the Reinforced Edition.

The Reinforced Edition (out now on Game Pass) includes:

The King is back

As for that King’s Edition, even if you’re a veteran Chivalry 2 player you might want to dig in on that. It’s packed with new stuff, and bonuses to start you off on the right grieve.

While Chivalry 2: King’s Edition is available on PC today for $59.99 USD, there’s also an upgrade plan. Those who already have the game via either Epic or Steam can boost their experience to the King’s Edition for $9.99 USD.

Oh, and if you’re playing on a console, you can expect some King-ly content as well, though not till some time later this month.

Jason's been knee deep in videogames since he was but a lad. Cutting his teeth on the pixely glory that was the Atari 2600, he's been hack'n'slashing and shoot'em'uping ever since. Mainly an FPS and action guy, Jason enjoys the occasional well crafted title from every genre.
@jason_tas
Previous Trailer: Classic adventure title The Excavation of Hob’s Barrow out now on PC
Next Here’s your first lengthy gameplay look at the new Dead Space