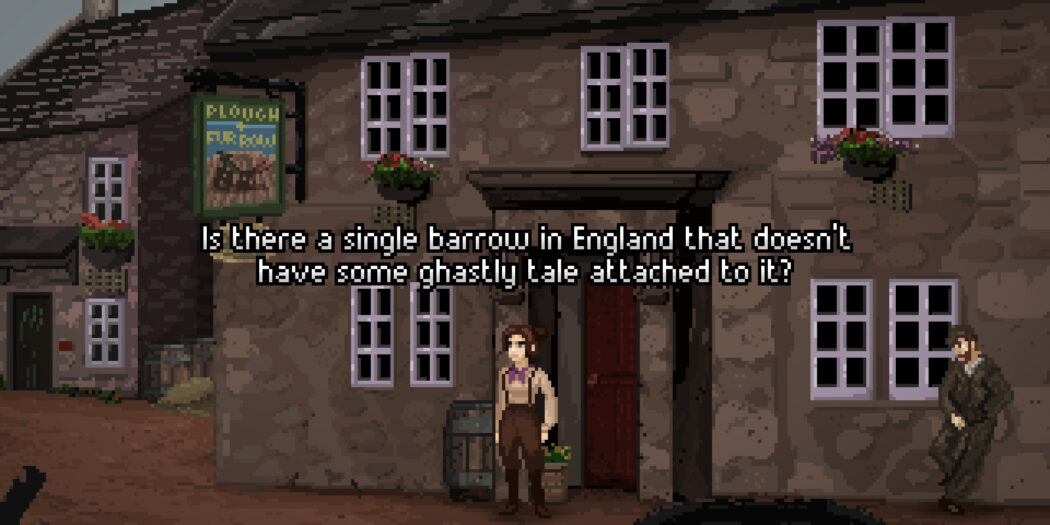 Trailer: Classic adventure title The Excavation of Hob’s Barrow out now on PC

Officially being touted as “folk horror”, The Excavation of Hob’s Barrow is a classically-styled point and click. It’s also out now, on Mac and PC (and Linux).

Things are getting weird

Antiquarian Thomasina Bateman is writing a book on the barrows of England, documenting the treasures she finds buried within. When an intriguing letter summons her to the small village of Bewlay, tucked away in the remote countryside, she sets off by train with her assistant a day behind.

Upon her arrival, however, the mysterious man who summoned her is nowhere to be found. Her assistant never arrives. A stubborn landowner refuses access to the barrow, and the locals are wary of this woman who is traveling alone and (gasp!) wears trousers.

The Excavation of Hob’s Barrow is off to a rocky start. And then Thomasina starts having strange dreams…

The Excavation of Hob’s Barrow is out now for the Mac and PC, as well as Linux.

Jason's been knee deep in videogames since he was but a lad. Cutting his teeth on the pixely glory that was the Atari 2600, he's been hack'n'slashing and shoot'em'uping ever since. Mainly an FPS and action guy, Jason enjoys the occasional well crafted title from every genre.
@jason_tas
Previous Sideshow launches its own online Con, runs through October 9th
Next Chivalry 2 arrives on Game Pass as “Reinforced” Edition, plus the King’s Edition arrives