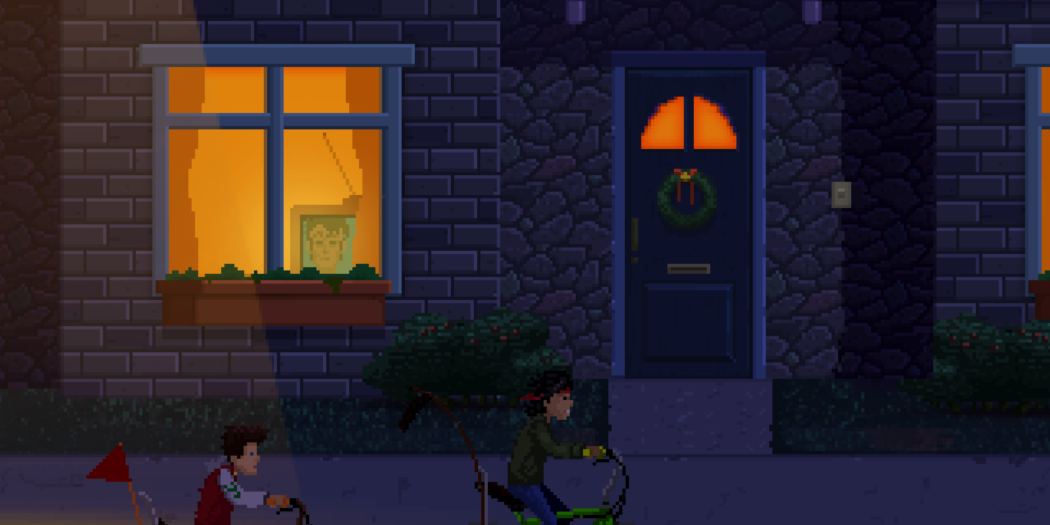 Looking like a fantastic throwback to PC gaming’s “adventure gaming” golden age, Unusual Findings is scheduled for an October launch.

If you’re into classically-styled adventure gaming, this one’s for you. We first told you about Unusual Findings a short time back, but now the 80s mashup, sci-fi title has an official release date.

Well, that and a new trailer.

In this classic mystery game, you’ll explore a world full of references to the 80s in search of clues that may help you uncover the truth behind an imminent alien invasion – the whole world is in danger and you’re the only ones who seem to have noticed it.

Immerse yourself in an era with throwbacks and references to cult classics such as The Goonies and The Lost Boys as well as engage and sharpen your detective skills to get to the bottom of a chilling mystery. Every decision you make matters – sometimes resolving a problem can be done with some sweet words instead of striking fists! Your choices will affect your relationship with your friends and determine how the story ends, so prepare to sharpen your detective skills!

Ready to get lost in the big 80s? Unusual Findings is set to hit Xbox and PlayStation platforms, Switch, and the PC on October 12th.

Jason's been knee deep in videogames since he was but a lad. Cutting his teeth on the pixely glory that was the Atari 2600, he's been hack'n'slashing and shoot'em'uping ever since. Mainly an FPS and action guy, Jason enjoys the occasional well crafted title from every genre.
@jason_tas
Previous Free new map Amongst the Rubble tasks Sniper Elite 5 players with surviving an enemy onslaught
Next What is The Price of Power? Find out in Season 10 of Tom Clancy’s The Division 2