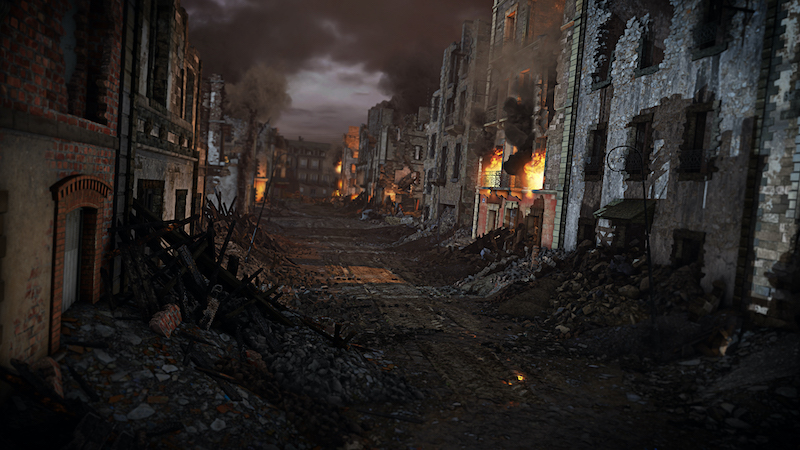 The Reich is closing in on your position, and it’s up to you alone to hold the enemy tide back in Amongst the Rubble, a new Sniper Elite 5 experience.

Out for a little while now, Sniper Elite 5 continues the WWII series in a big way. Not only does the game look great, but it continues the series’ fan-favorite blood and guts, and spot-on sniping gameplay too.

And now it does something else too, with the arrival of Amongst the Rubble. A fresh download for the game that’s playable in solo or co-op, AtR is a Survival Map that’ll have players trying to stay alive while battling hordes of Nazis.

Amongst the Rubble is a part of the latest title update for Sniper Elite 5, and it’s not alone in offering new content for the game. Also out today is the Concealed Target Weapon and Skin pack.

The authentic World War 2 Ghillie Suit Elite character skin (available for Karl and Monika) is designed to break up your visual silhouette, allowing you to blend in with your surroundings for the ultimate stealthy approach. When paired with the Pea Dot Camo weapon skin it becomes particularly effective as you stalk your prey.

Meanwhile, the covert HS.22 pistol features an integral suppressor which makes it practically silent. Firing .22 calibre rounds with almost no recoil, this sidearm is deadly and accurate.

The Concealed Target pack is a part of Season One, and so is included with the Season Pass, which is $34.99 USD. You can buy it a’la carte also though, for just $9.99 USD. So if you’re not down with a full season you can pick and choose.

Season One, by the way, also includes “the Landing Force mission and weapons packs released last month as well as two further content drops in the coming months.” So there’s a decent amount of content included.

Sniper Elite 5 is out now for Xbox and PlayStation platforms, as well as the PC.

Jason's been knee deep in videogames since he was but a lad. Cutting his teeth on the pixely glory that was the Atari 2600, he's been hack'n'slashing and shoot'em'uping ever since. Mainly an FPS and action guy, Jason enjoys the occasional well crafted title from every genre.
@jason_tas
Previous Nintendo Direct roundup includes a ton of big games, including The Legend of Zelda: Tears of the Kingdom
Next Trailer: Pixel-art adventure gaming officially returns in October, with Unusual Findings