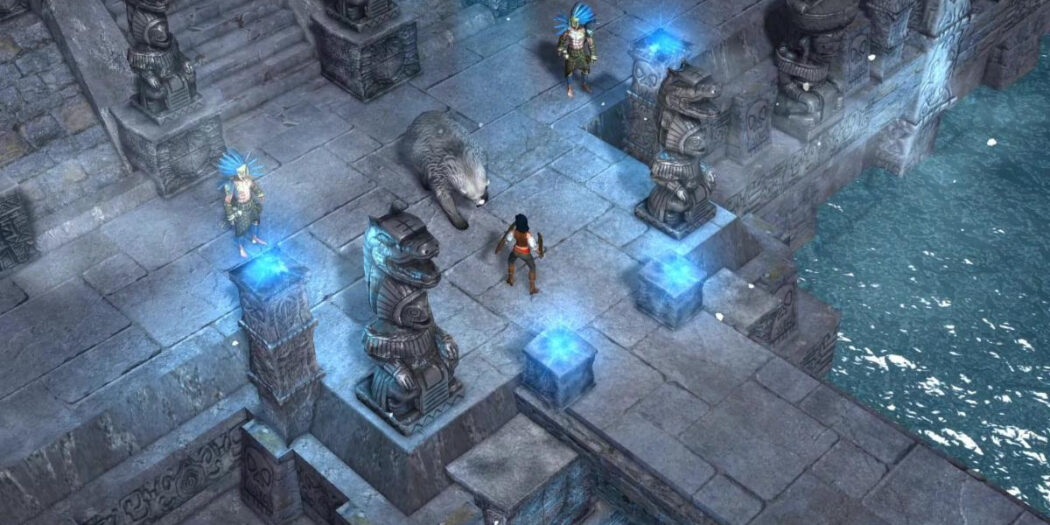 A classically-styled aRPG set during the age of Spanish Conquest and based on a comic book, Aluna: Sentinel of the Shards is out now on PS4/PS5.

From the Americas to Europe

Aluna follows the nominal heroine on a journey spanning 16th century South America and Spain, as she strives to carry out the will of her mother, the earth goddess Pachamama, and recover mysterious shards that once rained down from the heavens. Others seek to claim these powerful fragments first, scouring the dark jungles and ancient ruins and sparing no effort to stop Aluna from fulfilling her destiny.

Aluna features what sounds like an expansive world, with levels ranging from jungles to cliff-sides. As mentioned too, the game’s action stretches from the shores of South America to the Old World of Spain itself. But while there is an air of historical adventure to it, players can expect to see mythological threats aplenty as well. It is based on a comic, remember?

Aluna: Sentinel of the Shards is out now for the PS4 and PS5, as well as Xbox platforms, the PC and Switch. And while the new versions highlighted here are for Sony’s consoles, all of the available editions will share in what’s a nice little price drop to $9.99 USD.

Jason's been knee deep in videogames since he was but a lad. Cutting his teeth on the pixely glory that was the Atari 2600, he's been hack'n'slashing and shoot'em'uping ever since. Mainly an FPS and action guy, Jason enjoys the occasional well crafted title from every genre.
@jason_tas
Previous Stealth gameplay meets 16bit style in The Siege and the Sandfox
Next Hot Toys’ newest Darth Vader looks to be one of the coolest Star Wars figures yet