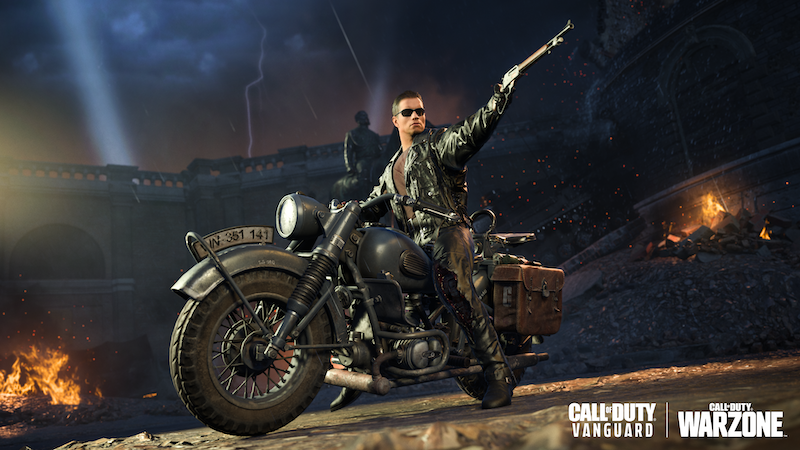 Home / News / He’s back. Watch as Terminators clash in Call of Duty: Vanguard and Warzone

He’s back. Watch as Terminators clash in Call of Duty: Vanguard and Warzone

How has this not happened before? The Terminator and Call of Duty seem like a perfect fit, and this August that’s just what fans are going to get.

It’s both a little weird, and oddly perfect that the Terminator franchise is crossing over with Call of Duty. But if Activision was going to do it, and they did, there’s no better installment of the movies to use than the iconic T2.

In many ways, Terminator 2 was the height of the series, with both plenty of action and a fantastic story. Was it all downhill from there? Yeah, kinda. And seeing Arnold’s classic T-800 taking on Robert Patrick’s T-1000 in the following trailer is just all kinds of cool. Especially with that T-800 body-damage. I have to admit I wasn’t expecting that.

The Terminator action kicks off on August 1st, and is set to run through the 31st. During that period, players can grab both the T-800 and T-1000 as two limited-time “Ultra Operator Bundles”. But these won’t just be skins.

As you might’ve noticed in the trailer, both Terminators are packing some unique stuff, like finishing moves and more. Check out the full list of what’s included below.

Picking up both bundles will get you even more as well, with the “Legendary “Target Acquired” LMG Weapon Blueprint and the “Endoskeleton Skull” Charm”.

And aside from all of that, there’s also the Titanium Trials: Endurance Battle Royale game mode. Available from August 11th through the 24th, Titanium Trials focuses on 8 challenges, resulting in 9 different rewards, all of which center on just how much of a Terminator you can be. Yep, this mode casts players as one of the iconic robots, and it sounds like they’ll be tough to stop.

Click here to read a ton more on all of the above.

Jason's been knee deep in videogames since he was but a lad. Cutting his teeth on the pixely glory that was the Atari 2600, he's been hack'n'slashing and shoot'em'uping ever since. Mainly an FPS and action guy, Jason enjoys the occasional well crafted title from every genre.
@jason_tas
Previous Sphere – Flying Cities to bring the last bastion of humanity to PC in September
Next Video: the final episode of Sonic Speed Strats focuses on… speed