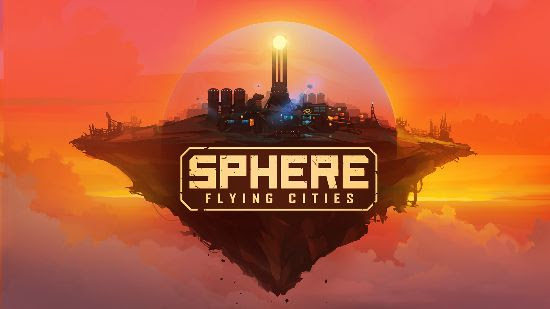 You might’ve seen the sci-fi city builder Sphere – Flying Cities a while back, but the game is now leaving Early Access and hitting full retail.

You might’ve seen Sphere – Flying Cities on BG, and not all that long ago. But at that time the game was an Early Access title. As of today though, publisher Assemble Entertainment has announced that the game is indeed ready to hit full retail this September.

And from the looks of it, it’s set to offer players a pretty unique city-building time.

Inspired by James Blish’s novel “City in Flight,” Sphere – Flying Cities employs a distinct mix of strategy, survival, and city-building simulation elements. Players are put in the position of Commander, whose sole purpose is to maintain order and see to the survival of mankind. In the near future, the planet is thrown into turmoil when Earth’s moon is struck by a colossal asteroid. In the wake of this destruction, the world’s surface is rendered totally uninhabitable. Facing complete annihilation, humanity makes one final and desperate attempt to survive — thanks to newly-created anti-gravity technology, the first (and likely final) faction of flying cities ascends as the ultimate bastion of the human race.

From Hexagon Sphere Games, Sphere – Flying Cities is as unique a city-builder as you’re likely to get. While there’s no strict ‘story mode’, it was influenced by a novel, and so the flying dystopia you create will have a story. It’s just that you’ll write it as you play, all the way through to your city’s end.

Speaking of, Sphere shifts the focus from what you’d usually find in a game in the genre over to maintenance. Basically, while you’re busy building your burgh, you must also maintain your anti-gravity device and shields. Without either one, your town is cooked. Maybe literally.

Ready to craft your own Bespin? Sphere – Flying Cities takes flight on the PC via Steam and GOG on September 20th, 2022.

Jason's been knee deep in videogames since he was but a lad. Cutting his teeth on the pixely glory that was the Atari 2600, he's been hack'n'slashing and shoot'em'uping ever since. Mainly an FPS and action guy, Jason enjoys the occasional well crafted title from every genre.
@jason_tas
Previous Homicidal All-Stars presents a dark future, and even darker game show
Next He’s back. Watch as Terminators clash in Call of Duty: Vanguard and Warzone