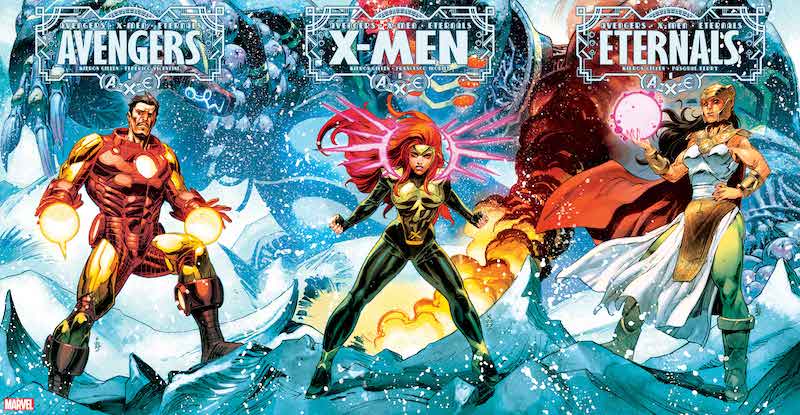 Even if you’re not buying into the various crossover issues for Marvel Comics’ A.X.E. Judgement Day series, you might want to grab these.

Judgement Day is here, and if you’re a Marvel devotee than you already know what that means. If not though, it’s a summer event series, that’ll pit the X-Men against the Eternals, with the Avengers caught up in the middle. Basically, all you have to know is that the Eternals are vowed to destroy the Deviants, and they’ve just now realized that they should have been classifying mutants that way. Yeah, it’s gonna get bumpy.

And as you might expect with a big time Marvel event, there are gonna be crossover issues. But outside of those, and there’ll likely be plenty of them, there’s also set to be a trio of special one-shots.

Those will serve as key stories according to the publisher, and will specifically set up the last days of Judgement Day.

Here are the summaries:

“I wanted Judgment Day to be a huge scale event book, but also really be absolutely about the people in it – that’s Marvel comics to me,” Gillen said. “When we say SUPERHUMAN we mean both SUPER and HUMAN. These specials really drill down on that, giving a deep-dive personal horrorshow for the three sides in the crossover, centered on one of their main players – Tony Stark, Jean Grey and Ajak. With their history, can they really justify themselves? Let’s find out, in this dungeon-delve-as-
psychogeography hell trip. Also, all three have AMAZING ART.”

That’s writer Kieron Gillen above, talking about the scale and scope of Judgement Day. And the note at the end, of course, refers to series artist, Valerio Schiti.

As mentioned though, these books are setting up the endgame. So you won’t find them for a while, as Judgement Day is going to last a while. Look for them all kicking off in September.

Jason's been knee deep in videogames since he was but a lad. Cutting his teeth on the pixely glory that was the Atari 2600, he's been hack'n'slashing and shoot'em'uping ever since. Mainly an FPS and action guy, Jason enjoys the occasional well crafted title from every genre.
@jason_tas
Previous Sonic Boom! Guile confirmed for Capcom’s Street Fighter 6
Next Project Warlock II brings more madcap retro-FPS action to Early Access