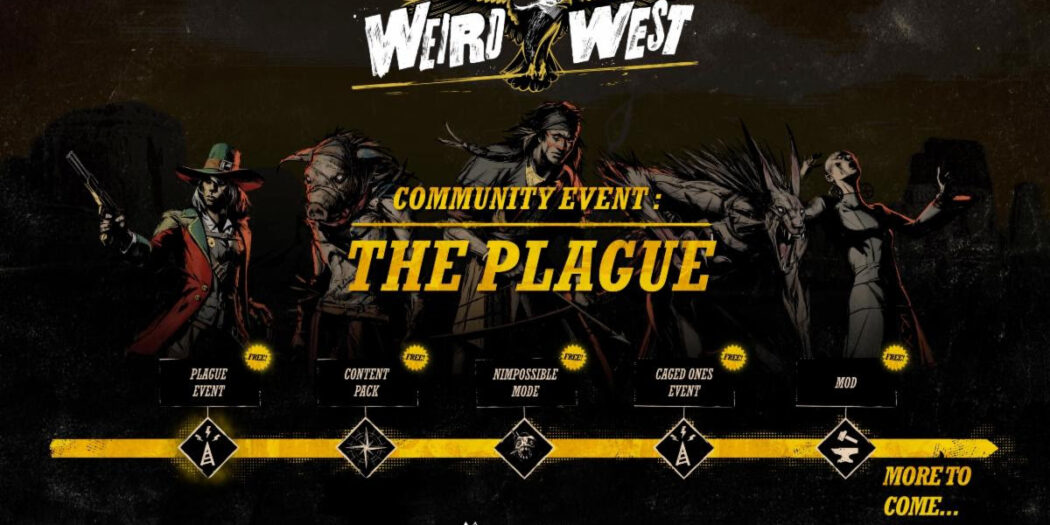 Things are about to get rotten in the world of Devolver Digital’s Weird West. As the game welcomes some 400k players, it also adds an undead event.

The plague marks the first in a series of planned live events for the game that will soon grow to include new story events, encounters, expansions and Journeys. WolfEye Studios has shared its upcoming content roadmap, highlighting free updates already in the works, as seen above.

Just the first of the updates that Devolver Digital has in store for Weird West, The Plague is now available for all versions of the title.

Jason's been knee deep in videogames since he was but a lad. Cutting his teeth on the pixely glory that was the Atari 2600, he's been hack'n'slashing and shoot'em'uping ever since. Mainly an FPS and action guy, Jason enjoys the occasional well crafted title from every genre.
@jason_tas
Previous Trailer: 2K celebrates the legacy of Rey Mysterio in new retrospective video
Next Threezero’s take on G.I. Joe’s Cobra saboteur hits pre-order with new Firefly figure