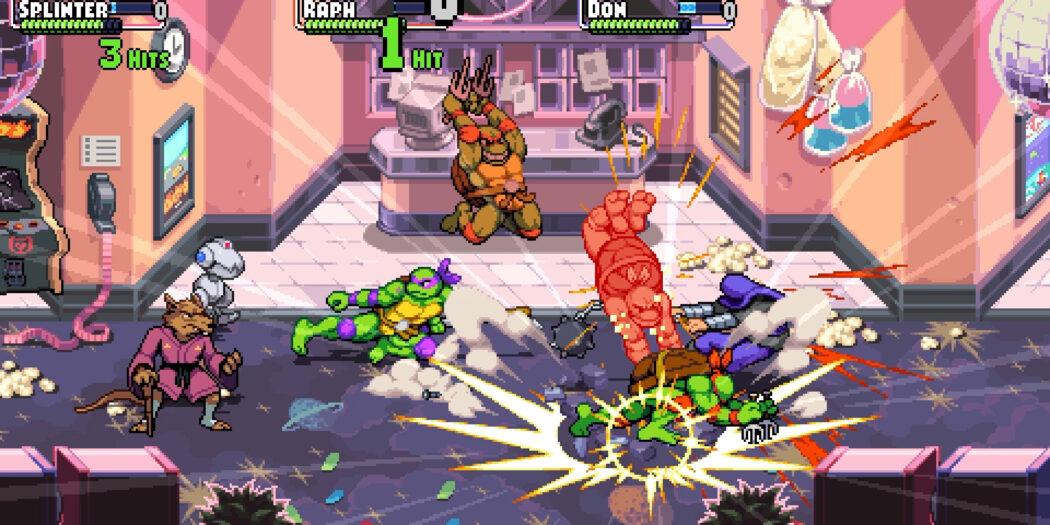 If you’ve been following along with the development of Teenage Mutant Ninja Turtles: Shredder’s Revenge, then you’ve likely been pretty impressed. The game, from two companies who know retro (Dotemu and Tribute Games), looks all kinds of awesome.

Shredder’s Revenge is essentially another title in the iconic line of TMNT arcade offerings. While it’s not linked to those classics, it definitely is meant to follow in their footsteps.

It does seek to shake things up though, with a few things that Turtles fans haven’t seen before. Take Master Splinter, for example. The Green teens mentor, sensei, and adoptive dad has never been featured in a game before. But that changes with Shredder’s Revenge, where he’s every bit the playable hero the his sons are.

Kind of obvious there that Splinter doesn’t actually need that cane. Not the way he tore through Shredder’s Foot Soldiers. Also worth noting is that Knucklehead. Has that specific Foot vehicle (the big robot spider) ever been seen in a video game before? Off the top of my head, I’d say no. Its inclusion could be a portent of other classic toys making the leap into the game. Cross your fingers for that.

Along with the trailer, Dotemu has also confirmed that TMNT: Shredder’s Revenge will be coming to the Xbox and PS4. That’s in addition to the Switch and PC, that were already announced. Still no official release date though, so stay tuned.

Jason's been knee deep in videogames since he was but a lad. Cutting his teeth on the pixely glory that was the Atari 2600, he's been hack'n'slashing and shoot'em'uping ever since. Mainly an FPS and action guy, Jason enjoys the occasional well crafted title from every genre.
@jason_tas
Previous Trailer: Evil Genius 2 brings a frosty villain with new DLC
Next 3D Realms gets behind horror/FPS Ripout