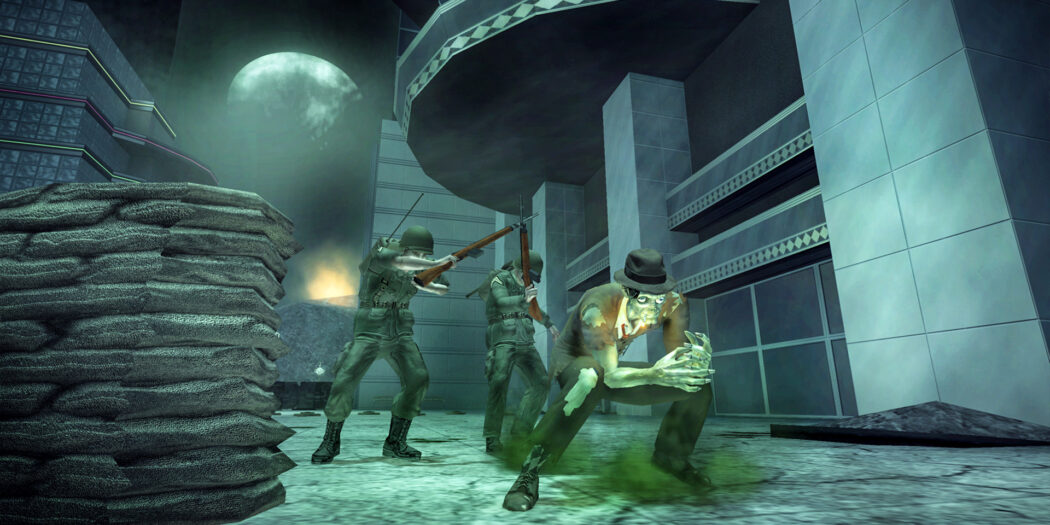 The rotten hand of Stubbs the Zombie has risen up for consoles. The green-skinned deadite is back and ready to chow down just in time for Halloween.

It’s 1959 and the city of Punchbowl, PA, is a beacon of progress and ideal living. As Stubbs the Zombie, you’ll show the living that law and order are no match for a dead man on a mission. Your boyfriend’s back, Maggie, and Punchbowl is gonna be in trouble!

Stubbs the Zombie is ready for play on the PS4, Xbox One, and Switch. Of course, it’s also playable on the PS5 and Xbox Series X|S, but there’s a catch to all of this. Namely, Stubbs is almost exclusively available in physical form.

The actual disc version of the game is out everywhere, but the digital edition is live only in Japan for the PSN and Nintendo eShop. Will that change at any point? Presumably, since Stubbs isn’t on the PC yet either, though nothing’s been announced just yet.

Jason's been knee deep in videogames since he was but a lad. Cutting his teeth on the pixely glory that was the Atari 2600, he's been hack'n'slashing and shoot'em'uping ever since. Mainly an FPS and action guy, Jason enjoys the occasional well crafted title from every genre.
@jason_tas
Previous Dying Light gets new Halloween event, and new DL2 video
Next Pokemon 25: The Album Review