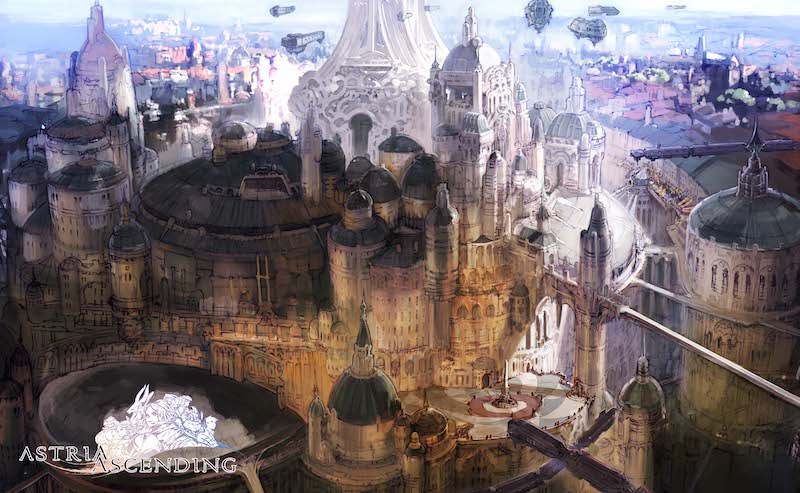 Astria Ascending is looking like one of the most interesting JRPG’s in years. The game combines a side-scrolling format with classic genre gameplay.

Left to right and back again

An epic adventure with the charm and pedigree of a classic JRPG, Astria Ascending tells an expansive story of fate, sacrifice and new beginnings. The game was developed over the course of three years by a team of 10 developers at Artisan Studios, and boasts contributions from world-class JRPG developers, with a narrative written by Kazushige Nojima (Final Fantasy VII, Final Fantasy X, Final Fantasy VII Remake), score by Hitoshi Sakimoto (Final Fantasy XII, Vagrant Story), and art from CyDesignation (Akihiko Yoshida and Hideo Minaba).

In a world where chaos looms, players take control of the Demigods – a motley crew of eight heroes charged with the fate of the world. Each character has their own story, explored across five cities, 25 dungeons, and 30 hours of gameplay (up to 50 for 100 percent completion). Along with the finely tuned turn-based combat, players can try out a range of side quests and mini-games, including an original fantasy-themed token game.

Astria Ascending is out right now for the PS4, PS5, Xbox One, Xbox Series X|S (and Game Pass), Switch, and PC.

Jason's been knee deep in videogames since he was but a lad. Cutting his teeth on the pixely glory that was the Atari 2600, he's been hack'n'slashing and shoot'em'uping ever since. Mainly an FPS and action guy, Jason enjoys the occasional well crafted title from every genre.
@jason_tas
Previous Preview: The Harbinger brings Valiant’s super-team back to comics
Next October rolls in with a bang for Prime Gaming