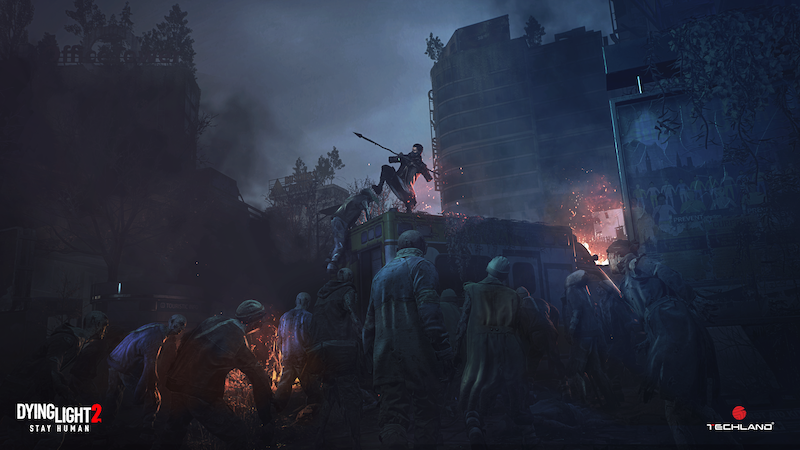 Dying to play Techland’s latest, Dying Light 2: Stay Human? Then you’ll be happy to hear there’s a bit of story content you can indulge in right now.

There’s a lot of dying, is the point

Zombies are about to make a very big comeback into the world of video gaming, thanks to Dying Light 2: Stay Human. From the zombie-masters at Techland, the game brings players back to the series’ post-apocalyptic hellscape, this time in a bigger city with way more depth to it.

Of course, the main element of its world remains, in that it’s still overrun with undead beasts. Oh, and parkour. That too. Though the latest reveals from the game have nothing to do with the latter, and they don’t have stunning graphics to ogle. Actually, they have no visuals at all.

Rosemary and Antigone are a pair of audio stories, the first of a series. They’re meant to enrich the world of Dying Light, and also pretty creepy.

“Rosemary” is an urban legend from the world of Dying Light 2 Stay Human, created especially for people who like scary stories told by the bonfire at night. “Rosemary” is the first in a series of short audiobooks about events so outlandish it’s hard to believe they might have happened. There are many such stories in the post-apocalyptic world of Dying Light 2, and the difficulties of surviving in a city full of dangers are an endless source of inspiration.

In a place like Villedor, where love faces the hardest of tests—death—some still find a way to overcome the challenge and let love shine. How? Listen to “Antigone,” the second audio story from Dying Light 2 Stay Human, and see for yourself.

Jason's been knee deep in videogames since he was but a lad. Cutting his teeth on the pixely glory that was the Atari 2600, he's been hack'n'slashing and shoot'em'uping ever since. Mainly an FPS and action guy, Jason enjoys the occasional well crafted title from every genre.
@jason_tas
Previous X-Men Legends #10 brings together a motley mutant crew, but to what end?
Next Icon Heroes’ Karate Kid figures released