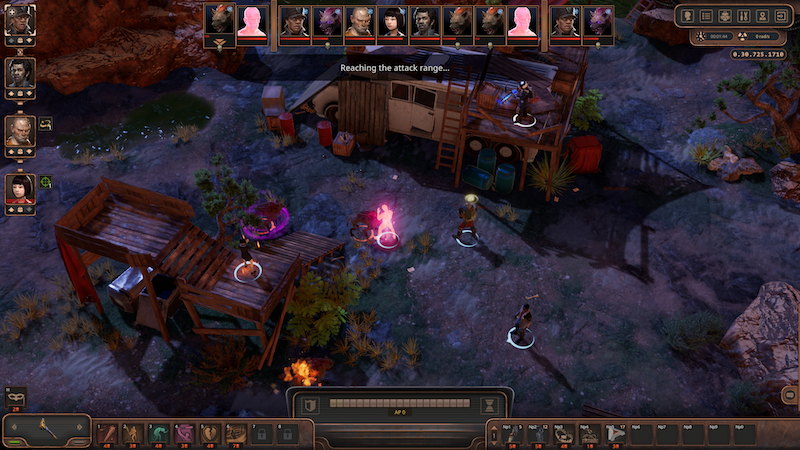 Dark Crystal Games’ sci-fi RPG Encased is all about choosing your way to play. And they mean that. Wanna be a pacifist? A psycho? An idiot? You can.

Choose your own adventure

It’s true that most RPGs won’t actually let you finish the storyline using a pure stealth or pure pacificist build, but that’s not true of Encased. Dark Crystal Games created full narratives and story options for any and all starting stats you’d like to begin with, including being an idiot, or a total psycho. The Dome can be explored with any combination of alternative personality habits and players will still get a refreshing unique storyline. Some starting options that players can choose are:

-Setting your intelligence as low as possible, giving you ridiculous combat options such as dancing like a fool.

-Not talking to anyone, literally, and hiding permanently in the shadows.

-Being a pacifist and using only non-lethal weapons.

-Acting like a straight up psychopath and killing every. single. person.

Encased is currently in Early Access for the PC, and available on GOG, Steam, and Epic, though it’s not the entire campaign. Only the first act of the game is playable now, along with part of the second.

Jason's been knee deep in videogames since he was but a lad. Cutting his teeth on the pixely glory that was the Atari 2600, he's been hack'n'slashing and shoot'em'uping ever since. Mainly an FPS and action guy, Jason enjoys the occasional well crafted title from every genre.
@jason_tas
Previous Quake collector’s edition rumbles onto Limited Run Games
Next Video: Sega unveils ep1 of the new Sonic Colors animated shorts