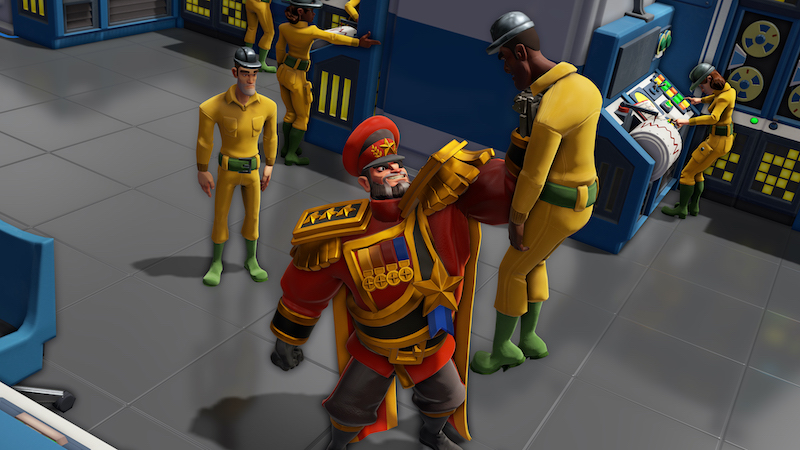 Recent PC sequel Evil Genius 2 is heading to consoles. Get ready to craft your secret lair, and hatch some wicked plans for global domination.

Evil Genius 2 lets you unleash your own unique brand of super-villainy upon humanity. Build your lair, recruit and train a workforce of loyal minions and powerful henchmen to defend your base from the meddling Forces of Justice.

Evil Genius 2 doesn’t have a strict release date yet, but you can expect to see it arrive before the end of the year. Already out for the PC, the game is coming to the Xbox One, Xbox Series X|S, PS4, and PS5.

If you’re a Game Pass subscriber on the Xbox, you’re in luck too, as the game will be arriving on that service.

Jason's been knee deep in videogames since he was but a lad. Cutting his teeth on the pixely glory that was the Atari 2600, he's been hack'n'slashing and shoot'em'uping ever since. Mainly an FPS and action guy, Jason enjoys the occasional well crafted title from every genre.
@jason_tas
Previous King Shark takes a bite out of Hot Toys’ lineup
Next Marvel Legends gets Fantastic for new FF retro wave