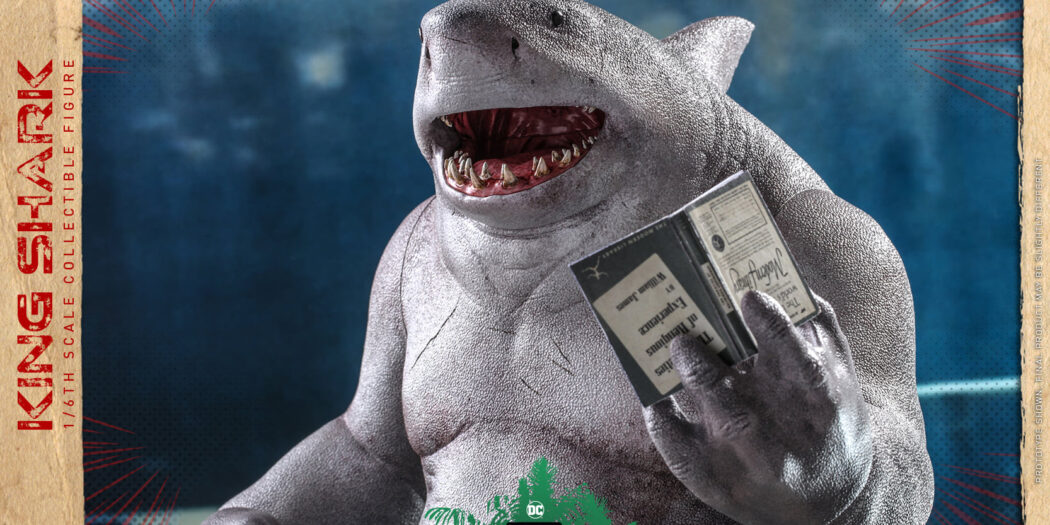 King Shark takes a bite out of Hot Toys’ lineup

Keeping very busy lately, Hot Toys has another big time release lined up for 2022 with none other than the Suicide Squad’s own demigod, King Shark.

Depending on who you ask, recently released DC Comics film The Suicide Squad was a hit or a flop. The opening box office numbers were nothing to write home about to be sure, though it did set ‘pandemic’ records, and we have yet to see the numbers from the movie’s HBOMax airing. That could change a lot.

Though whichever side you fall on, it’s hard not to like the film’s adaptation of King Shark. A DC staple, King Shark has been around for a long time, taking a bite out of various heroes (and villains). He’s also got a really cool origin, as Nanaue (AKA King Shark ) is actually a demigod. And if that wasn’t nifty enough, he’s also now one of the most impressive Hot Toys figures I’ve seen in a while.

Standing at a massive 13.98″ tall, King Shark features a fairly unique build for one of the company’s offerings.

This movie-accurate collectible figure stands approximately 13.98″ tall, and features a semi-articulated body with movement in the arms, wrists, and waist. This beautifully sculpted and painted figure captures all the minute details and varied textures of Nanaue’s rough skin, and is supplied complete with two swap-out hands for additional posing and display options, as well as a pair of specially tailored pants and King Shark’s book.

King Shark is ready for pre-order right now, via Hot Toys’ retailing partner Sideshow Toys. The figure is priced in at $220, and is scheduled to ship out in quarter 3, 2022.

Jason's been knee deep in videogames since he was but a lad. Cutting his teeth on the pixely glory that was the Atari 2600, he's been hack'n'slashing and shoot'em'uping ever since. Mainly an FPS and action guy, Jason enjoys the occasional well crafted title from every genre.
@jason_tas
Previous Trailer: Set sail in the new roguelite RPG Maritime Calling next month
Next Trailer: Evil Genius 2 preps to take over consoles