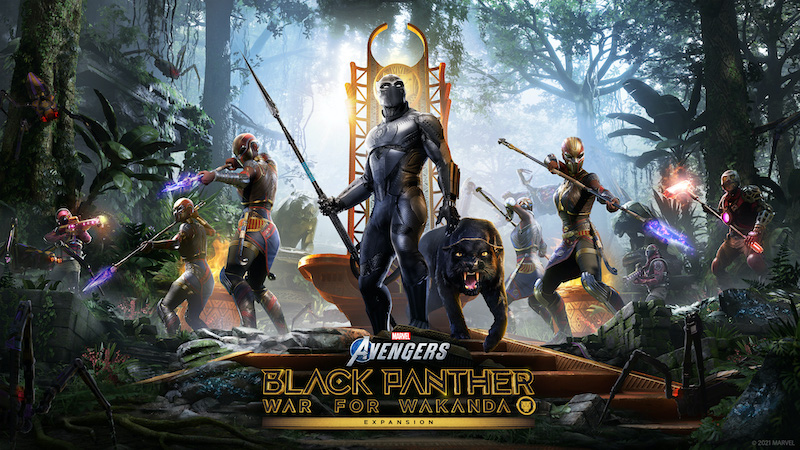 The Black Panther expansion for Marvel’s Avengers is almost here, launching for the game on August 17th. Here’s a look at the setup.

The War for Wakanda expansion adds to a game already packed with content, including eight other playable heroes, more than 25 hours of single-player campaign content (from the core release through the Expansion), and endless multiplayer action for up to four players. In addition, new modes and events are being introduced regularly, and dozens of outfits inspired by Marvel comics and movies are available to customize players’ favorite Super Heroes.

From Square Enix, Marvel’s Avengers is available now for the PS4, PS5, Xbox One, Xbox Series X|S, Stadia, and PC. The War for Wakanda expansion pack, which adds a ton of content to an already beefy game, lands on August the 17th.

Jason's been knee deep in videogames since he was but a lad. Cutting his teeth on the pixely glory that was the Atari 2600, he's been hack'n'slashing and shoot'em'uping ever since. Mainly an FPS and action guy, Jason enjoys the occasional well crafted title from every genre.
@jason_tas
Previous New Captain Marvel saga and classic tales both on the way
Next A brand new character is the final Street Fighter V addition