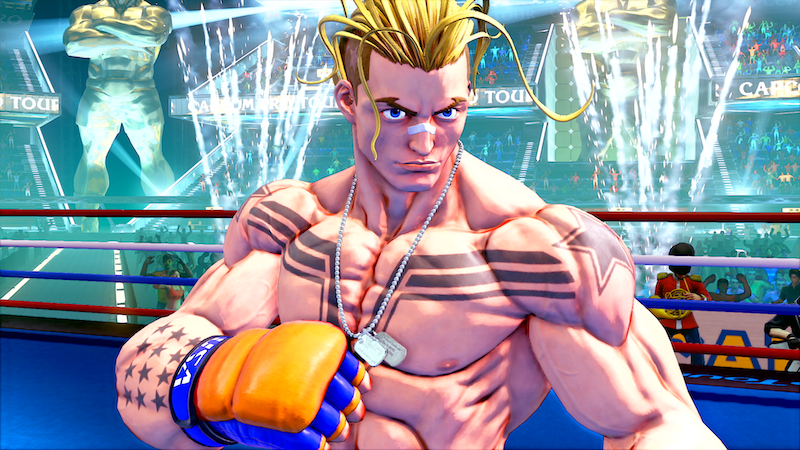 Season 5 of Street Fighter V’s DLC content has finally been fully revealed, and it’s Luke. Don’t know who that is? Well, Capcom is going to show you.

So… Luke. Whoever you were expecting the final reveal for SFV’s season 5, I’m pretty sure it wasn’t him. Of course, the main reason for that might be that he’s an entirely new Street Fighter character. So if you did know it was Luke, well you’d be psychic.

Along with Luke, Capcom is ready to show off Street Fighter III’s Oro, and Akira, both of whom are also heading to the game in season 5.

Revealed by Street Fighter V Director Takayuki Nakayama and Producer Shuhei Matsumoto during Summer Update 2021, Luke is the fifth character for Season 5 and marks the final fighter added to Street Fighter V, bringing the total roster to 45. This brand new character will help expand the world of Street Fighter and provide fans with a glimpse into the future. Based off the brief gameplay video that was shown, Luke is a fighter that specializes in moving fast and hitting hard, so opponents will need to be on high alert and brace for impact. More backstory information and gameplay details will be shared leading up to Luke’s November 2021 release.

Season 5 closes out the Street Fighter V saga here in the Champion Edition. All the fighters you see above will be available for purchase for $5.99 USD (or 100k in fight money) each, and begin to arrive on August 16th. There’s also the pass of course, which if you want everyone might be the way to go.

Oh, and if you’re looking for Luke specifically, he’s a bit further off and won’t be available till November. Street Fighter V: Champion Edition is available now for the PS4/PS5 and PC.

Jason's been knee deep in videogames since he was but a lad. Cutting his teeth on the pixely glory that was the Atari 2600, he's been hack'n'slashing and shoot'em'uping ever since. Mainly an FPS and action guy, Jason enjoys the occasional well crafted title from every genre.
@jason_tas
Previous Trailer: War for Wakanda launches in Marvel’s Avengers on August 17th
Next Trailer: My Friend Pedro leaps to mobile with Ripe for Revenge