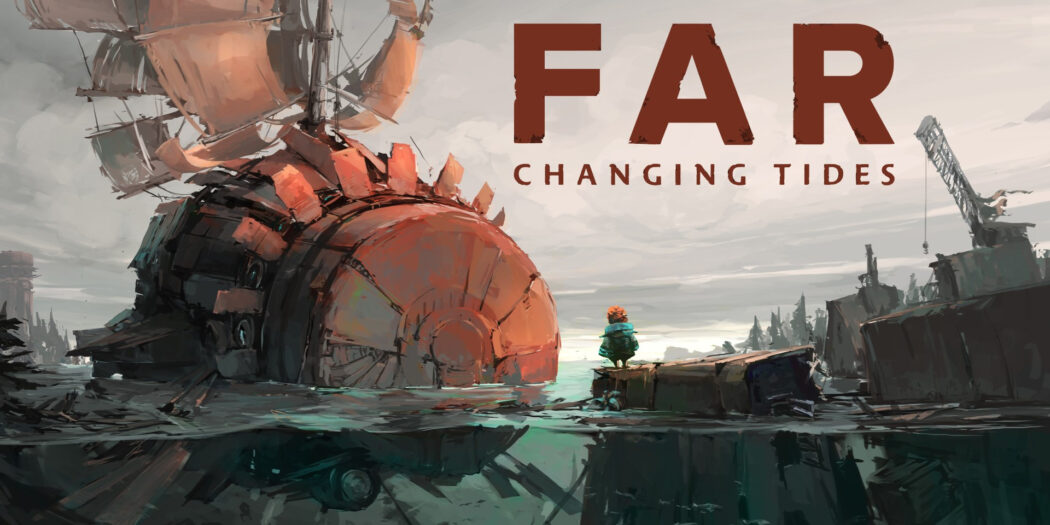 The completely unexpected and extremely welcome sequel to the award winning 2018 FAR: Lone Sails has been announced. Accompanied by a trailer showing off a world just a little different from before.

FAR From A Desolate Wasteland

If you played Far: Lone Sails (which you really should have) you may remember a little less water. Something a bit more Mad Max-y. Sand and the big nothing. Well, scrap that from your mind as Changing Tides floods its ravaged lands to create new life. Get ready to swap out your wheels for a propeller and even bigger sails.

Unlike the first game, in FAR: Changing Tides your new vehicular companion will be water based. The official website states that this new vehicle is ‘more than a ship, this is a friend’ with ‘a mind of it’s own’. Developer Okomotive hasn’t given more details on what that means exactly but I sure look forward to finding out.

From the little we’ve seen we can expect similar gameplay mechanics but will no doubt have some more sea-faring components.

At this present moment there is no official release date but we do know that FAR: Changing Tides will release on PC, PS4/5, Xbox One, Xbox Series S/X and Nintendo Switch.

Now if you’ll excuse me, I need to go and play FAR: Lone Sails again.

Massive game and movie enthusiast. In any free time I'm always playing something or watching something. I didn't choose the hermit life.
Previous Sonic Mania speeds onto Epic Games Store as launch freebie
Next Trailer: Destroy All Humans! out now on Switch