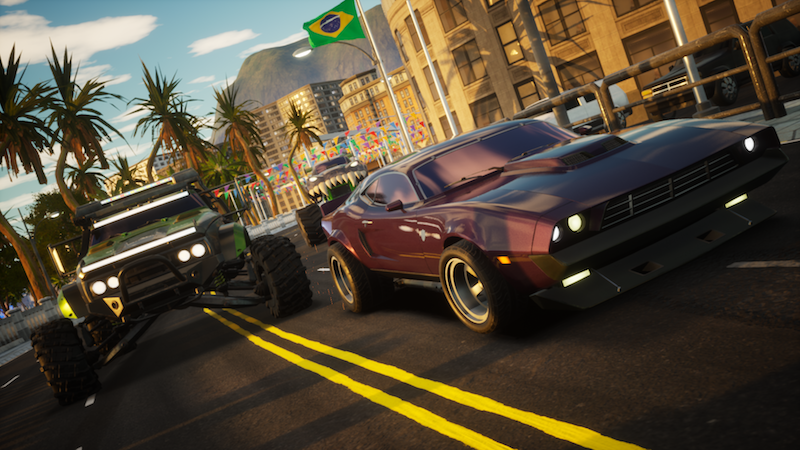 Netflix’ Fast & Furious: Spy Racers Rise of SH1FT3R is racing to consoles and PC, bringing the action of the animated show with it. Check out the first look.

The elite criminal racing gang, SH1FT3R, returns in the game and it’s up to the Spy Racers team to stop them from winning the ultimate cutting-edge vehicle that will cause chaos in the wrong hands. Players will go undercover and race as their favorite characters, including Tony Toretto, Echo, Cisco, Layla Gray, or even race as the notorious SH1FT3R gang including Shashi Dar, Moray, Rafaela Moreno, and more. Fans can use spy weapons to speed through secret shortcuts and personalize customizable cars with a range of skins.

Fast & Furious: Spy Racers Rise of SH1FT3R is set to bring the show’s racing action to life on the PS4, PS5, Xbox One, Xbox Series X|S, Switch, Stadia, and PC. Look for it this coming November.

Jason's been knee deep in videogames since he was but a lad. Cutting his teeth on the pixely glory that was the Atari 2600, he's been hack'n'slashing and shoot'em'uping ever since. Mainly an FPS and action guy, Jason enjoys the occasional well crafted title from every genre.
@jason_tas
Previous Solomon Kane joining Mezco’s One:12 Collective
Next Marvel prepares Star Wars: The High Republic miniseries