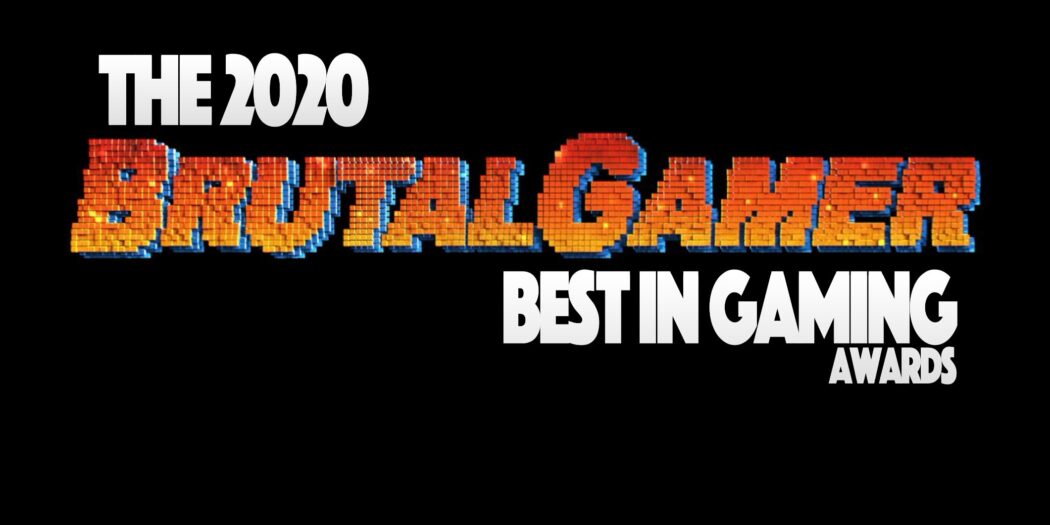 Yeah, 2020 was all-around awful, but there were a bunch of great games that saw release. Here are my top ten picks from brutal 12 months.

Just expanding on the above, and while there’s no need to rehash a year like 2020, I didn’t actually play anywhere near as much stuff as I wanted to. Yes I was as locked-down as anyone else, maybe more since I live in NY, but with all the stresses of the times I just didn’t actually engage with many games.

As such, and while I do have a “top ten” for this piece, there are gonna be a bunch of honorable mentions afterwards. Stuff I really want to get to, hopefully some time this summer.

In any event though, my picks are below for your perusal.

A trio of, uh, more modern Super Mario classics make up the roster for the second Super Mario All-Stars title from Nintendo. This Switch title was “limited” in release, in that its eShop listing has since been terminated, though you can still nab a copy at retail.

And you might want to. The Switch game brings back three games that’ve been asked for, for a good long time by fans. Well, two games that have at any rate. Could Galaxy 2 have been included too? Sure it could have, and it probably should have, but what is in the box already is an undeniably fun romp through Mario’s 3D past.

I am not, in any way whatsoever, a race fan. I keep thinking I am, but then I get a racing title and lose interest quick. Every time. Not so with Need for Speed: Hot Pursuit Remastered.

This game is fast, loaded with content, and most of all – just plain f-u-n. If you like racing in anyway, and dig the idea of variables like police chasing you, then you have to check out what’s the most purely fun racer I’ve played in a while. Oh, and it looks flat-out gorgeous (on my Series X) too.

At long last, Crash is back. The first true sequel to Crash Bandicoot Warped, Crash 4 brings the title Bandicoot and his merry gang of buddies back for more of the familiar action that you fell in love with back on the PSOne.

That’s not to say that this is some rehash though. This isn’t the N.Sane Trilogy. Crash 4 offers all-new characters to play as, and a new time-bending story to battle your way through. And yes it’s tough, though not as tough as the classic games were. It’s more tough in a ‘gotta try one more time’ kinda way. Oh and when you beat it, there’s the way-out N.Verted mode to keep you engaged. Some wild-looking remixed stages in there.

If you’re old enough to remember the hey day of side-scrolling beat ’em ups, then you remember Streets of Rage. Sega’s iconic arcade action series from the 16bit age is still a huge fan-favorite, and one that welcomed in a long-awaited sequel last year.

If you are into any of the above, or just like the quality that developer Dotemu brings to the table, then by all means have a look at Streets 4. It’s a short ride, but a helluva fun one.

Maybe the least-know game on this list of mine, Iron Harvest is a real-time strategy game. The title’s campaign plays out in an alternate version of Europe, in the early 20th century. Dieselpunk is the theme, which I didn’t even know existed before I reviewed this one, and you’ll command steam-powered mechs across the fields of a somewhat-familiar European theater.

Iron Harvest offers an awesome 3 campaigns, loaded with lots of cool units, as well as heroes to blitz enemy forces with. It also looks great, packs a solid voice cast, and serves up classic (and excellent) RTS gameplay. That’s something that you don’t see every day in this modern age.

One of the biggest surprises of 2020, Valve’s Half-Life made its sorta-triumphant return to PC’s. I say “sorta” because it was a virtual reality title. And while the HL2 prequel has since been modded to run without a headset, it’s a VR experience through and through. But even so, if you do have a headset, it’s one that you should try.

I picked this one up right after lockdown last spring, and while I didn’t end up playing it anywhere near as much as I’d wanted to, it made an impression. Alyx has every bit of the polish that you’d expect a HL game to have, and the immersion is truly something else. It was so deep, I actually felt a little messed up when I finally logged out. Good (if a little bit worrying) stuff. Now uh… how ’bout that Half-Life 3 guys?

A game that really needs no commentary, Tony Hawk’s Pro Skater set the stage for the digital version of the sport and played a massive part in 90s’ era gaming. It was a phenomenon, and it pretty much still is. Just take Activision’s redux for example.

Bringing the series and sport back with aplomb, THPS1+2 arrived in late summer 2020, and was an instant hit. I was fortunate enough to review the game for BG, and loved every second of it. Both classic games are included in their entirety… and then some. There’s extra content in the form of modern skaters, to go along with the complete modernization of the games in question. If you’re a fan, don’t think twice, this is a bundle pack you should be playing.

A game that I reviewed twice at this point, I liked the console edition of Warhammer Chaosbane even more than I enjoyed the original PC version. Of course, it didn’t hurt that it was one of the only games that I actually wanted to play at the Xbox Series X’ launch, but whatever.

Warhammer Chaosbane: Slayer Edition includes a whole bunch of DLC, as well as the core game of course. And that means that this good-looking aRPG offers a ton to hack and slash through. Warhammer fans will be right at home, and seeing some of this formerly tabletop-only fare in video game form is a treat.

Check out my full review here.

Ah Doom Eternal. I was incredibly eager to grab a copy of this one. I’ve been a Doom fan since the first days of the game’s landfall on consoles (I didn’t have a PC), and absolutely fell in love with the more super-heroic take that Doom 2016 brought. So was I excited for the sequel? Hell yes.

The day we got locked down, and on the way home from work, I actually went to pick up my pre-order from Best Buy. That’s how pumped I was. I then proceeded to play the hell out of it… for a handful of days. As I mentioned above, I ended up not playing much in 2020, and Doom Eternal was in with the games that I never finished. Why? No idea. It’s a fantastic game, that I’ve actually just gone back to, so why I dropped it int he first place I don’t know. Maybe it had something to do with a general lack of interest, at the time, in just about everything.

Unlike with Doom Eternal, when Call of Duty: Black Ops Cold War came into the BG offices for review, I actually did play a ton of it. And yes, I enjoyed every minute. Sure, the haters will continue to say that CoD is a garbage franchise and a cash-grab, whatever. Say what you like, but Black Ops Cold War is a well-made and gloriously fun shooter, set at the height of the Cold War.

The game picks up after the events of Black Ops 2, and features familiar characters as well as a twisty and turny storyline that actually feels like a lot of work went into it. It feels like an 80s action movieish, Bond-like adventure, and man was I all over that. It’s easily the most fun I had with a game in 2020.

At the end of everything though, there was a whole pile of games that I wish I’d gotten to play (or play more of). So here in the fast-approaching summer of ’21, I’ll be seeing if can dig in a little more.

With that in mind, I thought a little honorable mention section. So below you’ll see games I picked up (mostly via end-of-year GameStop sales), but haven’t even opened up yet. Will I actually get to play any of these? Let’s hope.

Tags Awards Game of the year

Jason's been knee deep in videogames since he was but a lad. Cutting his teeth on the pixely glory that was the Atari 2600, he's been hack'n'slashing and shoot'em'uping ever since. Mainly an FPS and action guy, Jason enjoys the occasional well crafted title from every genre.
@jason_tas
Previous Monster Hunter Rise Isn’t More Accessible, but That Doesn’t Mean You Shouldn’t Try
Next Return to Hadley’s Hope in Marvel Comics’ Aliens: Aftermath