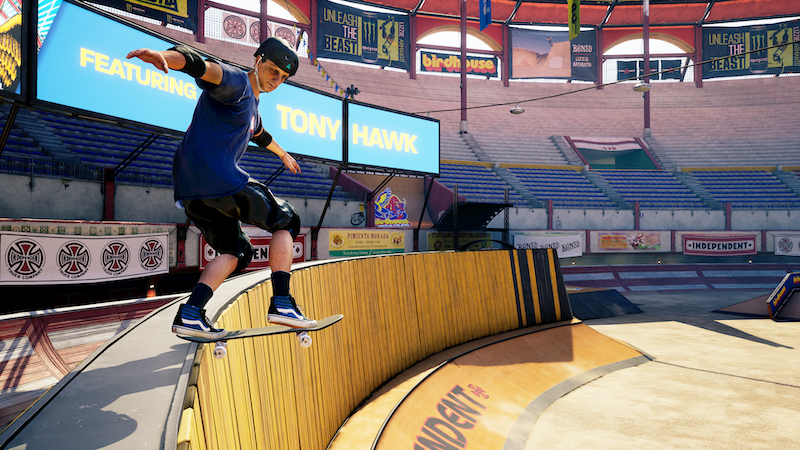 Tony Hawk makes the jump to next-gen, out now on PS5 and Xbox Series X|S

The latest in a series of big name games to get next generation console bumps is Tony Hawk’s Pro Skater 1&2. As you might imagine, that means better visual quality and faster load times.

Gamers can expect to see “120 FPS at 1080P, native 4K at 60 FPS[1], spatial audio and more”. What’s in that “and more”? Well, for one thing the games now have “high-fidelity atmospherics”. Activision says that means virtual skaters will see “sharper dynamic shadows, reflections and lens flares, as well as enhanced skater textures and more”.

I guess just take a look and see for yourself.

If you already own a retail copy of the game on last-gen consoles, Activision has an upgrade in place. Current players gan get the “cross-gen deluxe bundle” for an additional $10 fee. That gets you the PS5 or Xbox Series X|S edition of the game, plus “access to the secret skater Ripper (a.k.a. the infamous Powell-Peralta mascot), retro gear for Create-A-Skater mode, and retro skins for Tony Hawk, Steve Caballero and Rodney Mullen.”

On the other hand, if you have the Digital Deluxe version of THPS1&2 already on the PS4 or the Xbox One, then you’ll get the upgrade for free (except in Japan). Oh, and if you’re a Switch player, your time is coming. There’s no release date just yet, but THPS1&2 is indeed coming to Nintendo’s console this year.

Jason's been knee deep in videogames since he was but a lad. Cutting his teeth on the pixely glory that was the Atari 2600, he's been hack'n'slashing and shoot'em'uping ever since. Mainly an FPS and action guy, Jason enjoys the occasional well crafted title from every genre.
@jason_tas
Previous Brutal Gamer Awards 2020: The Genre Bests
Next First cinematic look at Warhammer Age of Sigmar: Tempestfall released