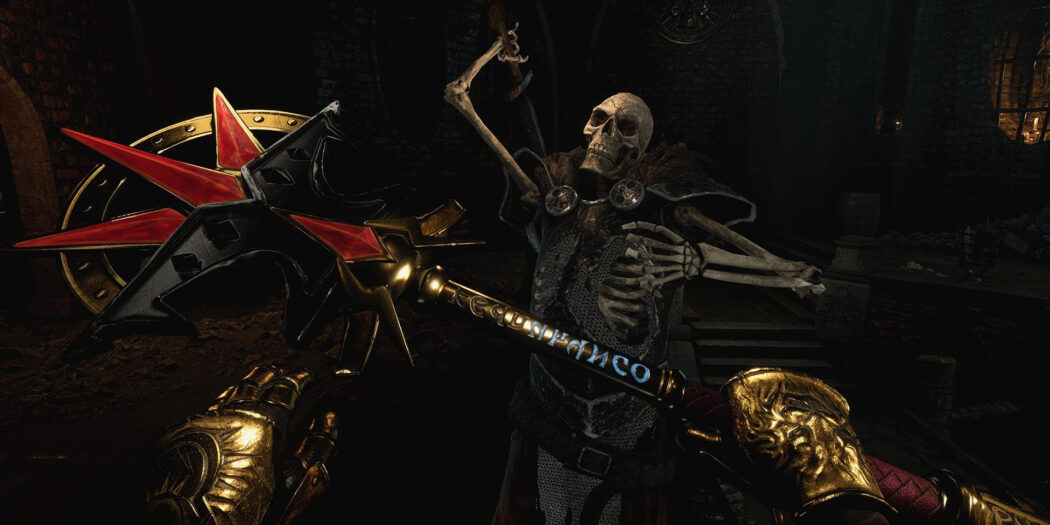 The Olde World is heading into the virtual realm with the Warhammer IP’s first virtual reality title. Here’s the first look at Age of Sigmar: Tempestfall.

VR in general is seeing a little bit of a renaissance as of late, with some big names making surprise leaps onto the format. The latest might not be a known series in the world of video games, but it definitely counts as a “big name” all by itself. That, of course, is Warhammer.

Games Workshop’s latest revision of the tabletop phenomenon is called Age of Sigmar, and has changed up the Olde World quite a bit. And now it’s coming to VR with Warhammer Age of Sigmar: Tempestfall.

Tempestfall casts gamers as wielders of “storm magic”, and sets them on a quest through the realm of Death. As you can see from the trailer below, it’s looking sharp.

Set in the Age of Sigmar universe, Tempestfall’s campaign begins following the devastating event known as the Necroquake in the Realm of Death, known as Shyish. This massive explosion of dark magic has triggered the Nighthaunt forces to rise up all across the Mortal Realms. In response a retinue of Stormcast Eternals, the embodiment of Sigmar’s wrath made manifest, and gifted with superhuman speed, strength and endurance has been especially assembled.  The quest to lead this retinue and investigate this new threat to the Mortal Realms, and the dangerous task of a hands-on investigation in Shyish, falls to you, Lord-Arcanum Castor Stormscryer.

If you can’t tell from the above, this game’s gonna be combat heavy. Developer Carbon Studios promises “challenging melee combat”, but also “gesture-based” spell casting. You can also expect to see multiple biomes from “cities to catacombs, swamps to prisons”, as you wage war for the god Sigmar.

There’s a ton more to come on this one, but you’ll be able to actually play some time this summer. That’s when Warhammer Age of Sigmar: Tempestfall comes to the Oculus Quest and PC VR platforms.

Jason's been knee deep in videogames since he was but a lad. Cutting his teeth on the pixely glory that was the Atari 2600, he's been hack'n'slashing and shoot'em'uping ever since. Mainly an FPS and action guy, Jason enjoys the occasional well crafted title from every genre.
@jason_tas
Previous Tony Hawk makes the jump to next-gen, out now on PS5 and Xbox Series X|S
Next Solasta’s spring update is live, adds dungeon-maker