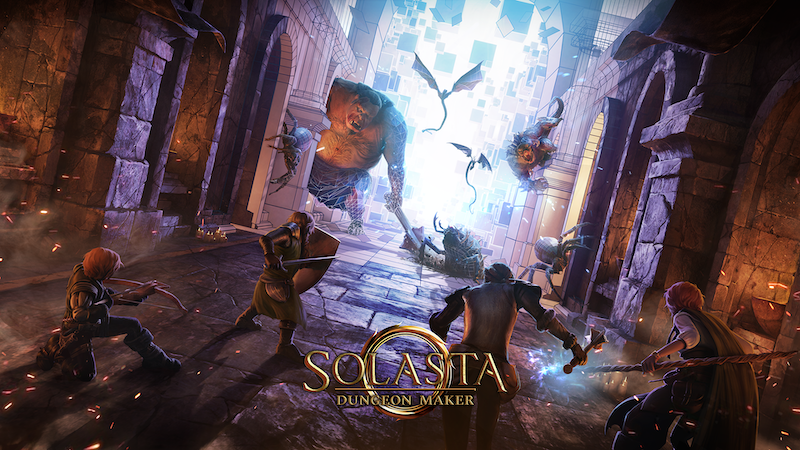 Tactical RPG Solasta: Crown of the Magister released a while ago for the PC, but it’s back with an impressive looking update that adds in a creation suite.

Create your own adventure

We first took a look at Tactical Adventures’ Solasta: Crown of the Magister when it hit the PC back in January. At that time, it was in Early Access form, and although we liked where it was heading, we felt there was significant room for improvement. Well, you can once again color us intrigued, because the spring update is here and it sounds pretty great.

That’s mainly because the game now has a dungeon creator. Yep, you can be your own digital-dungeon-master, and both make and play through your own creations. Of course, that’s not all.

Solasta is a team-based tactical role-playing game where each character plays a critical role in the campaign and can be a hero. The dynamic and mysterious world features elements of verticality, allowing players to use their surroundings as an element of strategy. Players can position ranged characters on high vantage points or send their rogue down into shafts and caverns to scope out what lies ahead. In Solasta, light is a tool to explore the depths and hallows of dungeons or can be used as a weapon against the creatures of the dark, but if players are not careful, it will give away the party’s position to nasty creatures bent on their demise.

As mentioned, Solasta: Crown of the Magister is still in Early Access form, and that means the price is a hearty 20% less than it will be at full retail. You can snag a copy of the game for $27.99 USD, via either Steam or GOG.

Jason's been knee deep in videogames since he was but a lad. Cutting his teeth on the pixely glory that was the Atari 2600, he's been hack'n'slashing and shoot'em'uping ever since. Mainly an FPS and action guy, Jason enjoys the occasional well crafted title from every genre.
@jason_tas
Previous First cinematic look at Warhammer Age of Sigmar: Tempestfall released
Next Doom 3 blasts onto PSVR today