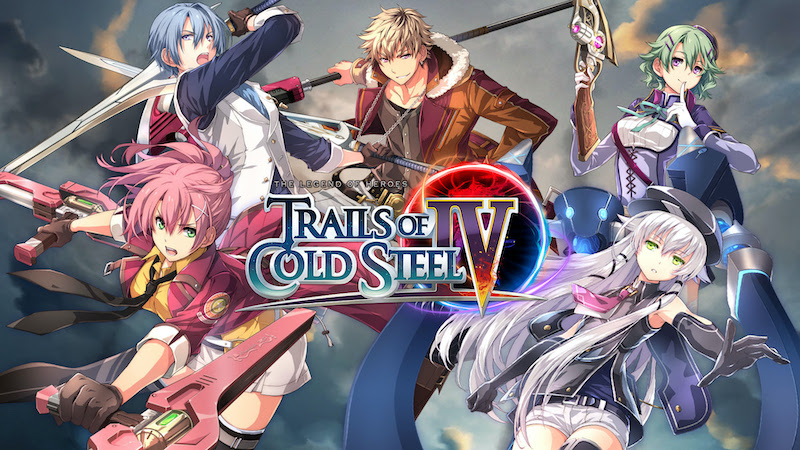 NISA’s massive JRPG Trails of Cold Steel IV will be heading to Nintendo’s Switch, and in relatively short order. Expect it this coming April.

A beast of a role-playing game, Trails of Cold Steel IV just saw a PS4 release. That version of the game came out in November of last year, and we tagged it with a fantastic 90%.

I highly recommend this game and I daresay that Trails of Cold Steel (I-IV) is an essential game to play if you are an RPG fan, including the Liberl Arc and the Crossbell Arc.

While that PS4 version is out now, the Nintendo Switch is about to get in on the action as well. NISA announced today that the game will see a Switch port on April 9th. So a semi-portable version of the JRPG is coming up pretty fast.

In addition to the basic version, there will also be a collector’s pack with the Frontline Edition. That box will be packed with the game of course, plus a digital soundtrack, something called The Black Records (maybe a booklet?), and a reversible cover sheet.

Expect to see both of the versions to hit on the 9th in the majority of the globe, and on the 16th in Oceania. If you’re wondering where the PC version is by the way, it’s still coming. There’s just no release date just yet t talk about.

Jason's been knee deep in videogames since he was but a lad. Cutting his teeth on the pixely glory that was the Atari 2600, he's been hack'n'slashing and shoot'em'uping ever since. Mainly an FPS and action guy, Jason enjoys the occasional well crafted title from every genre.
@jason_tas
Previous Warhammer Chaosbane: Slayer Edition (Xbox Series X) Review
Next First look at Switch’s Super Mario 3D World delivers one gigantic Bowser