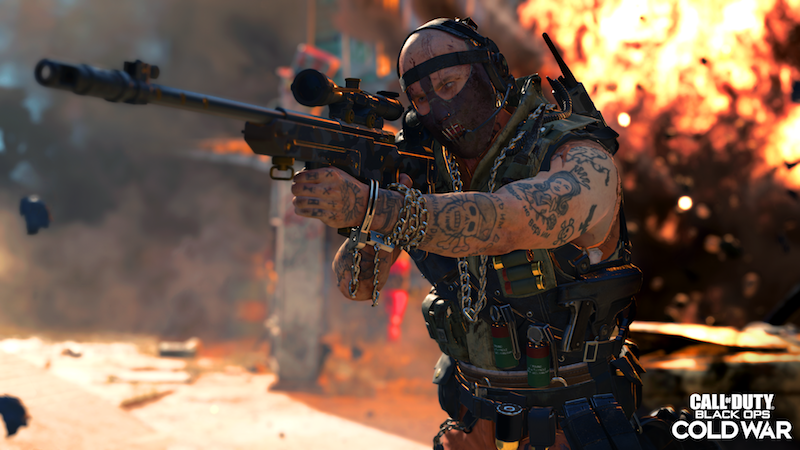 All you need to know about the first season of content for Call of Duty: Black Ops Cold War was revealed at The Game Awards. Check it out here.

You might already know that the first season of Cold War’s downloadable content is the biggest ever for a Black Ops title. When you see what that means though, it’s pretty impressive.

A total of 8 new maps are coming to the game, as well as fresh weapons, the “Battle Pass System”, and a new Warzone map. Oh, and all of that stuff I just mentioned is going to be free to add onto your copy of the game. Pretty slick.

Getting into the paid season 1 stuff though, there’s even more. More new weaponry, new multiplayer modes, and 3 new operators are all coming.

Now take all of that and add in a good cause to support. Yep, that’s right, picking up the Challenger Pack will result in some support heading the Call of Duty Endowment’s way.

If you don’t know what that is, Activision lays it out:

For even more on season 1, check out the official Call of Duty blog here. To check out our review of the base Black Ops Cold War game, click here.

The DLC action begins this month, on December 16th.

Jason's been knee deep in videogames since he was but a lad. Cutting his teeth on the pixely glory that was the Atari 2600, he's been hack'n'slashing and shoot'em'uping ever since. Mainly an FPS and action guy, Jason enjoys the occasional well crafted title from every genre.
@jason_tas
Previous Little Nightmares II demo launches on PC
Next A western nightmare rises in Evil West