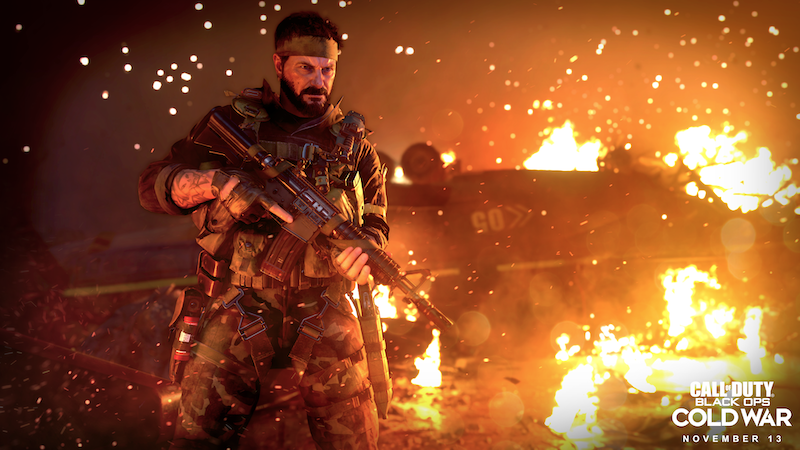 Seeing a delay of what amounts to a few days is the first season of content for Call of Duty: Black Ops Cold War. The drop is now set for the 16th.

Activision and developer Treyarch’s Call of Duty: Black Ops Cold War is a pretty terrific FPS. Most of the reason for that is the single player campaign. Aside from being visually arresting, it is exciting, well-scripted, and plays as great as CoD always does.

But everyone who plays the series knows that there’s a massive multiplayer element to it as well. In fact, it’s still probably better known for it’s multi than its campaigns, even with all the effort that the dev teams have put into the last two games’ narratives. That’s not lost on publisher Activision of course, who has the usual series of downloadable content planned for the game.

The first of those multiplayer-centric packs was set to arrive this week originally, but has been nudged ever-so-slightly to the 16th. But while you’ll have to wait a few more days to dig in, that delay might be worth it, as Activision says that Season One of Cold War will be “the largest free content drop in Black Ops history”.

What’s that equate to? Well, “a massive expansion of free content, including the comprehensive integration of Operators, weapons, player progression, and Battle Pass rewards across Black Ops Cold War and Warzone.”

To help with the wait for Season One, Treyarch will have a special double dose of seasonally appropriate gifts. First up will be a set of 2 free bundles.

Those will be a part of the new Pre-Season Offer, and will be no-muss, no-fuss to claim. All you have to do is log into the game any time from 10am pacific time on December the 8th, through 11pm on December 15th. Do that and you can claim both of ’em.

As for the second present, Treyarch will be activating a little Double XP and Double Weapon XP. That’s an event that’ll stretch from 10am pacific time on December the 12th, all the way until Season One hits.

So basically, and if you have a copy of Cold War, get ready for a whole bunch of CoD-branded action. And if you’re still on the fence, why not get the full scoop on Season One here on Activision’s CoD blog, and check out our review of the game? You can find that here.

Jason's been knee deep in videogames since he was but a lad. Cutting his teeth on the pixely glory that was the Atari 2600, he's been hack'n'slashing and shoot'em'uping ever since. Mainly an FPS and action guy, Jason enjoys the occasional well crafted title from every genre.
@jason_tas
Previous Mezco intro’s Static-6 statue line with new Conan the Barbarian
Next Hasbro loads up on House of X in new Marvel Legends series