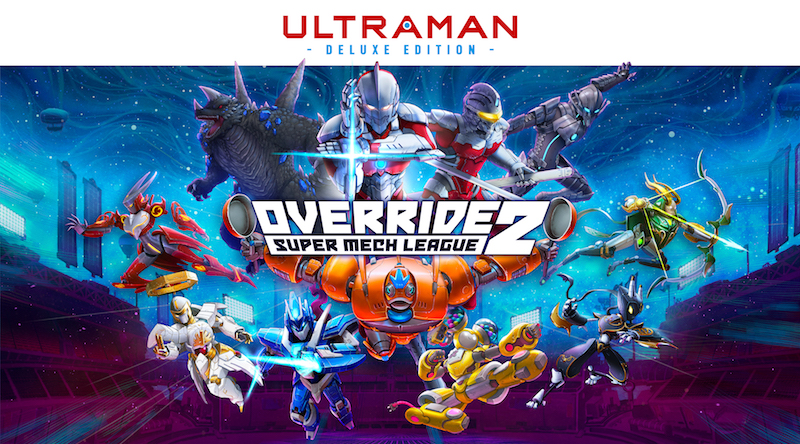 Mechanized combat is coming up before the end of the year, as Modus Games’ Override 2: Super Mech Combat hits next month.

If you’ve been following along with Override 2, then you already know that it’s looking like a solid fighter. The game, which pits giant mochas against one another in arena combat, has been looking sharp and is now careening towards launch.

Publisher\developer Modus Games made the announcement this week, with a date of December 22nd attached for all versions of the game. It’s hitting pretty much everything too, with PS5, Xbox Series X, PS4, Xbox One, Nintendo Switch, and PC all covered with that date.

Aside from the date, we also have a little look at the gameplay. Modus has unleashed a video detailing what to expect in terms of play, and it’s pretty long too at almost 15 minutes.

Accessible gameplay combines with speedy attacks, fluid movement and absolutely devastating combos that make Override 2: Super Mech League a blast for anybody to play or watch.

And finally, today also brings the pre-order availability of the Ultraman edition of the game. Yes, that’s “Ultraman” as in Ultraman, the Japanese superhero who’s been making some waves here in the States as of late. He’s the star in a special edition of Override 2, which not only stars the main hero himself, but also three other characters from the new Netflix show.

Jason's been knee deep in videogames since he was but a lad. Cutting his teeth on the pixely glory that was the Atari 2600, he's been hack'n'slashing and shoot'em'uping ever since. Mainly an FPS and action guy, Jason enjoys the occasional well crafted title from every genre.
@jason_tas
Previous Transformers Studio Series adds Starscream for next summer
Next Hot Toys unleashes new sixth scale Venom figure