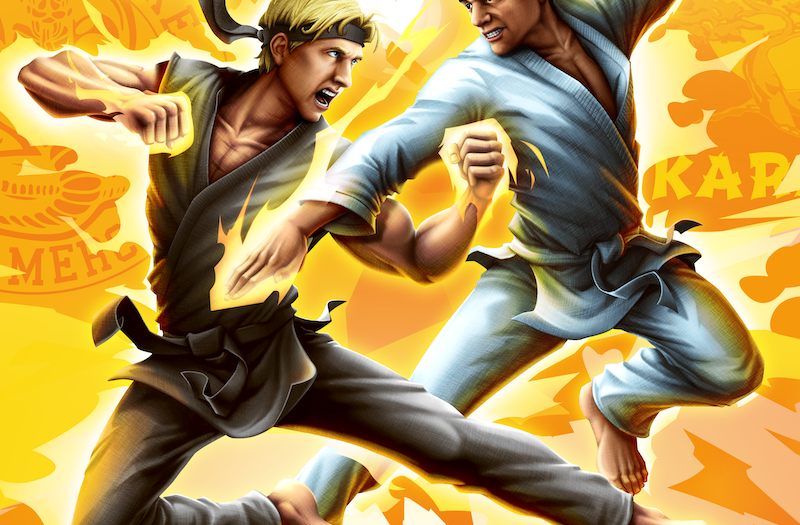 Johnny and Daniel with super moves? The Karate Kid meets some raging streets in a new brawler that brings the Cobra Kai show to video games.

Made in collaboration with series’ creators Josh Heald, Jon Hurwitz, and Hayden Schlossberg, Cobra Kai: The Karate Kid Saga Continues features an original story from dueling perspectives with unique cutscenes, dialogue, and the voices of Ralph Macchio, William Zabka and more. Choose between Daniel LaRusso and his students at Miyagi-Do Karate, or their Cobra Kai rivals, led by Daniel’s old foe, Johnny Lawrence. Only completing both sides of the campaign will give you the ultimate ending.

Seamlessly swap between eight playable heroes from both dojos, each with their own movesets, combos, ultimates and more. Master dozens of unique abilities and upgrade your characters’ stats and RPG-like skill trees. Face down fierce enemies and bosses in hard-hitting brawls across 28 story missions around the Los Angeles of the Cobra Kai universe. The fight is in your hands!

From GameMill, Cobra Kai: The Karate Kid Saga Continues is out now on Switch, PS4, and Xbox One.

Jason's been knee deep in videogames since he was but a lad. Cutting his teeth on the pixely glory that was the Atari 2600, he's been hack'n'slashing and shoot'em'uping ever since. Mainly an FPS and action guy, Jason enjoys the occasional well crafted title from every genre.
@jason_tas
Previous Cara Dune Premium Format Figure coming up from Sideshow
Next Get some Halloween VR deals with HTC’s Vive