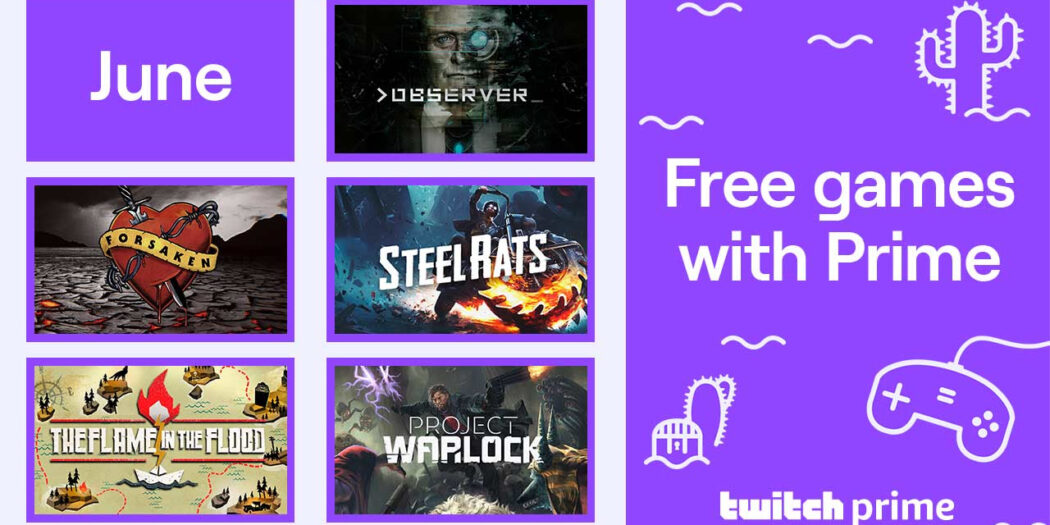 A solid slate of free PC games will be available for Twitch Prime subscribers next month, including games like Project Warlock and The Flame and the Flood.

What’s better than hanging out in the AC, playing PC games? Playing free PC games, of course. And Twitch Prime subscribers are in for their usual allotment of those (and then some) this coming month.

June will bring a pretty nice selection overall, one that includes an assortment of free SNK titles. Don’t forget, Twitch’s continuing SNK promo is in addition to the usual assortment of monthly freebies, not in place of it. Yeah, that’s a lot of free gaming.

June is set to include:

Additionally, there’s also a special Pride Month offering in the form of Dream Daddy, which will be posting on June 5th. And don’t forget about the DLC bonuses that subscribers get either, cause there are a bunch of those.

June will bring add-ons for:

Check out the full details of what will be offered up for free here on Twitch Prime’s official page. Just remember, to get on any of this stuff you need to be a subscriber of either Twitch Prime specifically, or Amazon Prime in general.

Jason's been knee deep in videogames since he was but a lad. Cutting his teeth on the pixely glory that was the Atari 2600, he's been hack'n'slashing and shoot'em'uping ever since. Mainly an FPS and action guy, Jason enjoys the occasional well crafted title from every genre.
@jason_tas
Previous Wrath: Aeon of Ruin dated for early ’21, getting big box edition
Next Xbox Games With Gold: Shantae, Coffee Talk, Destroy All Humans!, And Sine Mora