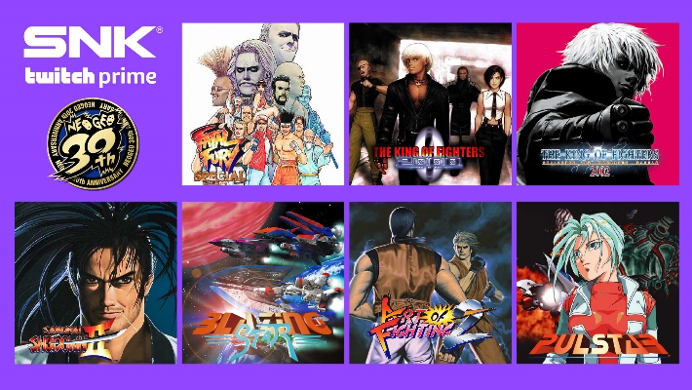 If you’re a Twitch Prime subscriber and are looking for some retro games to play this summer for PC, you’re in luck starting today.

If you’re a Twitch Prime subscriber and a PC gamer, then you probably know all about the service’s little monthly bonuses. If you aren’t familiar, then all you really have to know is that they operate like most other subscription services.

By that, I mean that they offer ‘free’ games every month. We cover the revolving slate monthly here on BG. The catch of course, is that you have to be a paying subscriber to get in on the action (though Amazon Prime counts too).

Nevertheless, it’s a pretty good deal most months. And this summer things are that much cooler. According to Twitch, while the monthly giveaways will continue, they’ll be bolstered by several waves of free SNK titles as well. More freebies? Yep.

We told you about the full first wave of these last week, but if you missed them, here they are:

Now, we did say that this was just the first wave. So what else is coming? Lots, including “Garou: Mark of the Wolves, The Last Blade 2, Metal Slug 2, The King of Fighters ’98 Ultimate Match Final Edition,
Sengoku 3 and King of the Monsters.” Some nice variation there for SNK PC gaming fans.

There are no dates for the remaining two waves of content, though you can seemingly expect them before the summer is out. As for this drop, it’s out right now for the PC.

Jason's been knee deep in videogames since he was but a lad. Cutting his teeth on the pixely glory that was the Atari 2600, he's been hack'n'slashing and shoot'em'uping ever since. Mainly an FPS and action guy, Jason enjoys the occasional well crafted title from every genre.
@jason_tas
Previous Udon’s 2020 Street Fighter Swimsuit Special on the way
Next Assassin’s Creed Valhalla getting art book from Dark Horse